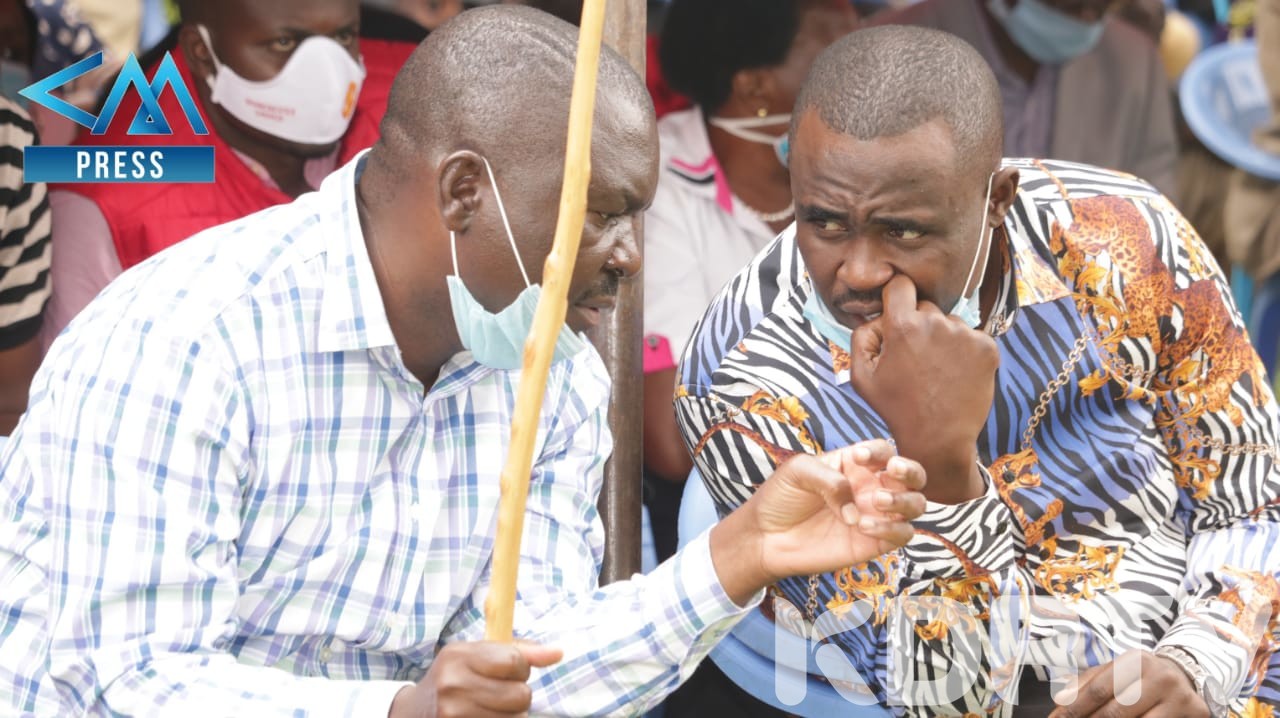 (KDRTV) – At least six MPs have been admitted in different hospitals in Nairobi with the dreaded Corona virus.

Most of the cases are from interactions with Jubilee Majority Whip Emmanuel Wangwe. Wangwe is battling the virus at the Aga Khan Hospital.

National Assembly Majority Whip Emmanuel Wangwe ako admitted for the last week in Aga Khan and nobody is talking about it.

Like it doesn't matter. Huko big houses can't you just be honest?

According to our sources, the MP has been at the facility for more than a week. A local daily reported on Monday that a first time MP from Western Kenya contracted the disease directly from Wangwe.

Wangwe, who replaced Mumias East MP Benjamin Washiali on June 2, has been interacting with most lawmakers due to the nature of his job.

He is believed to have a played crucial role in the ouster of Aden Duale as National Assembly Majority Leader. Jubilee MPs held several meetings leading to Duale’s Ouster.

However, Wangwe did not attend the Jubilee Parliamentary Group Meeting at KICC on Monday last week leading to questions on his whereabouts. It seems he was already in hospital.

Sources at Parliament told The Standard on Monday that at least 50 MPs have taken COVID-19 tests after learning of their colleague’s illness.

MPs are the weakest link in the fight against the virus. The politicians have been flouting COVID-19 regulations, sneaking out of Nairobi and interacting with their constituents upcountry. Some of them even hold public gatherings.

Joined @ElsieMuhanda,Hon.Benard Shinali & a host of other notable leaders from Western region as we convened at Navakholo Mp Hon.Emmanuel Wangwe's residence in Bunyala West to mark his home coming upon being appointed as the new Chief Whip of the national assembly. pic.twitter.com/NznibhECyL

Wangwe hosted a home coming party at his Navakholo home to celebrate his new role on June 13. From pictures on social media, the function was attended by hundreds of people among them Kakamega Senator Cleophas Malala.