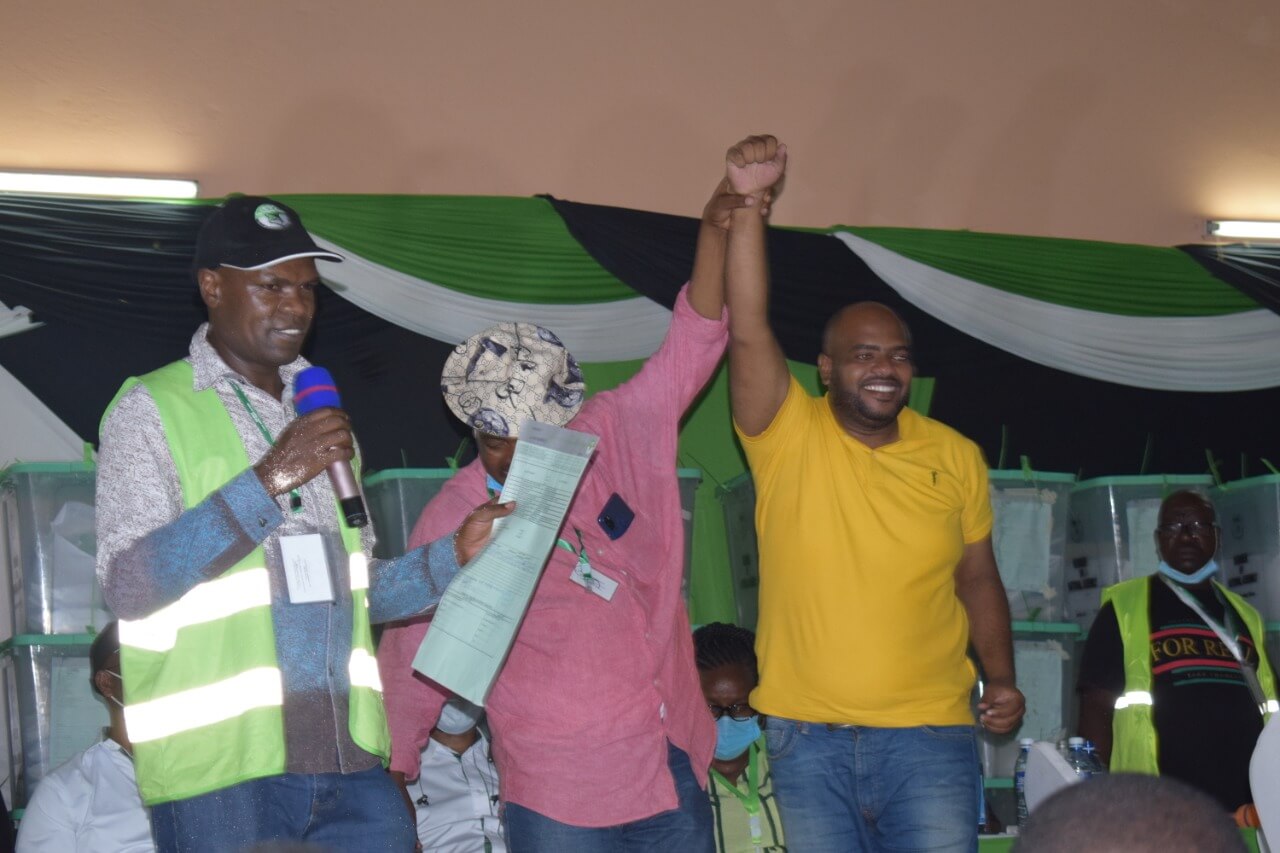 (KDRTV) – Msambweni MP-elect Feisal Bader has extended an olive branch to his opponents, in the just concluded by-elections, to join him in improving the lives of the coastal people.

With 15,251 votes Feisal Abdallah Bader Salim was declared the duly elected Member of National Assembly for Msambweni Constituency and was awarded a certificate #Dec15byelections pic.twitter.com/SY5N4UumiF

In his victory speech, the soft-spoken politician said it is time to move on from the political contest and work for the people of Msambweni.

Celebrations rocked the coastal constituency immediately after Feisal was confirmed the winner of the hotly contested elections in the wee hours of Wednesday morning.

Deputy President William Ruto had dispatched at least 50 MPs and Senators to Msambweni to protect Feisal’s votes. This led to a fracas between the Tanga Tanga team and another group led by Mombasa Governor Hassan Joho.

Chaos was reported in different parts of the constituency, leading to a low voter turn-out as people kept off the polling stations to avoid being caught up in the fracas. Feisal will have a tough time bringing all the warring factions together.