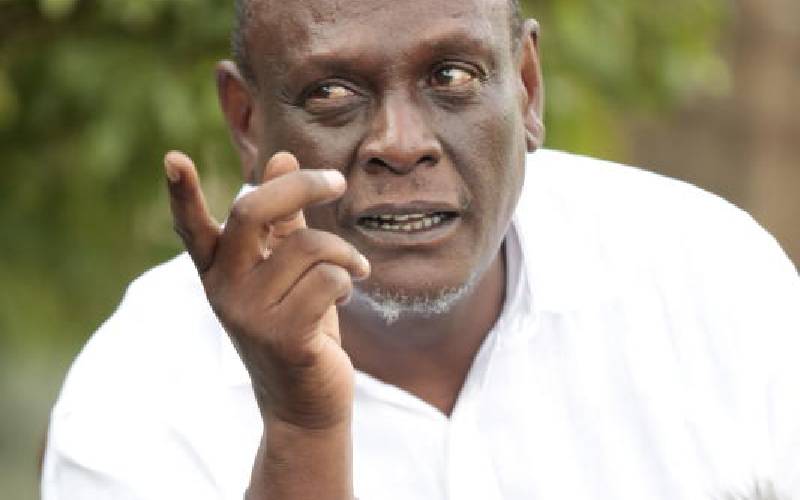 Jubilee Party Vice Chair David Murathe believes his time in Jubilee Party is done having accomplished what he was appointed to do.

Speaking on NTV, Murathe, who has faced a lot of criticisms lately, said that his work at Jubilee was to force out members who didn’t believe in the party’s vision and agenda.

He said his role was solely to push out DP William Ruto and his allies from the party a mission he believes was done successfully.

“Our job was to push those who do not believe in the dream of the party out. I am happy they have found a house called UDA. Our work is done,” he said.

He further said that the party will now focus on recruiting new younger blood. Murathe, however, added that he doesn’t need the job anymore or any other leadership roles from Jubilee in the future.

“We are all in an interim capacity and soon we will be releasing a timetable on how we will start campaigns for the party positions from the ward level to the national level. Myself, I am not interested in any position moving forward,” he said.

Murathe comments come at a time when the party has been facing a lot critisims having lost in three major elections.

Several members of the party have called for the resignation of Murathe and the party’s secretary general Raphael Tuju.

On Monday, June 7, Kirinyaga Governor Anne Waiguru urged the party to adopt new strategies and inject new blood in order to stop the down fall.

“The rains have beaten us. Our fortunes are dwindling. Intense introspection is demanded,” she said.

“Our outlook and strategies must suit the times and so we must be willing to step off our comfort zones and embrace new ways of thinking and doing. As we head to 2022 we must recognize that the Party is now operating in a new context far different from 10 years ago.”