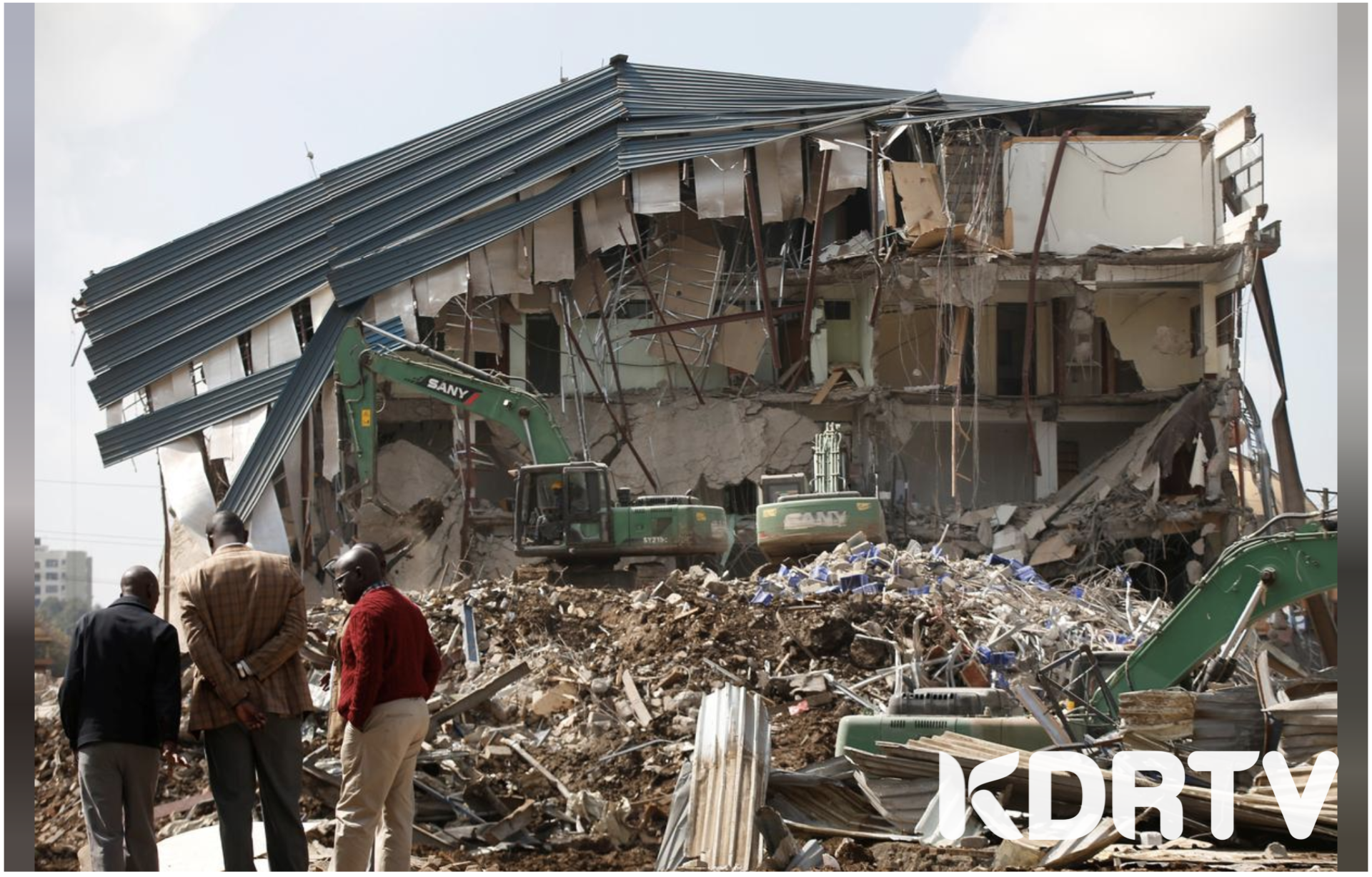 A recent motion raised by Nairobi MCAs has put majority of buildings and estates at risk of being demolished.

According to the MCAs, buildings are brought up daily that do not conform to the city hall’s zoning policy.

Statistics revealed by the planning, housing and lands committee chairman Anthony Karanja indicate that only 25 percent of buildings set up in Nairobi conform to the Housing and Building acts.

Therefore, the remaining 75 percent are built illegally without proper channels and procedures, or rather avoid certain processes that are essentials.

In the recent past, there have been buildings that have collapsed and ended up destroying property and injuring people, some causing death.

Majority of the investigations about such like buildings revealed they did not adhere to construction and building regulations hence are weak.

Ideally, the demolitions instituted by the County government has seen to it that some buildings that were built on riparian lands, or illegal grounds were brought down.

One of the things that was brought to the limelight during the massive demolition of buildings is the approval of buildings by cohorts and fake developers.

“Developers have been approving houses and buildings outside the county zoning policy. Such buildings are illegal because they did not follow the right procedures. The need to be demolished for the safety of residents,” said Karanja.

The committee set up to oversee the matter said that they would give notices to majority of buildings that failed to conform to the building and construction acts to demolish their structures and put up the ones that conform to the regulations.

Ideally, all building owners will be asked to have their buildings inspected as a process of clearing the fake developers.

This will keep the safety of residents of Nairobi and ensure their safety is guaranteed.