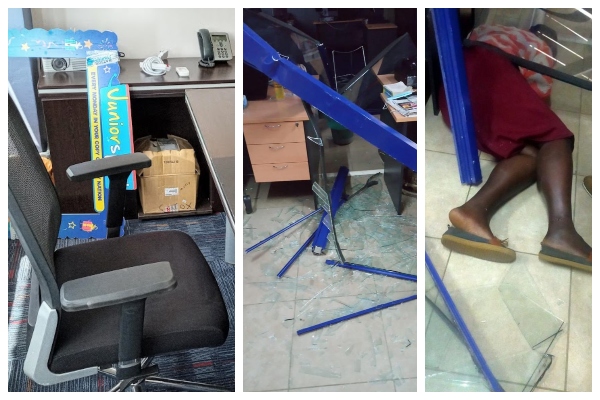 A reporter at Nation Media Group offices in Kisumu County was on Tuesday rushed to hospital after strong winds shattered the media house’s office windows and destroyed property in the building.

The strong winds damaged the Kisumu bureau located on the 7th floor of Mega Plaza along Oginga Odinga Street leaving one seriously injured and several others bruised.

Photos of the damage were first shared on social media by Senior Reporter NTV Seth Olale.

A Nation reporter based in Kisumu got injured after strong winds shattered their office windows.

The office is located at the 7th floor of Mega Plaza along Oginga Odinga Street.

The lakeside city witnessed a heavy storm resulting into serious damage to the Nation office. pic.twitter.com/4bqG2P07bh

READ ALSO: Lilian Ng’ang’a Begs Kenyans To Love And Honor Her While Still Alive: “I Want My Kisses And Hugs Now”

The strong winds brought about by a heavy storm also caused the destruction of media equipment in the building with almost all the window glasses broken.

Change in weather conditions has been announced by the Meteorological department with heavy rains expected in most parts of the country. 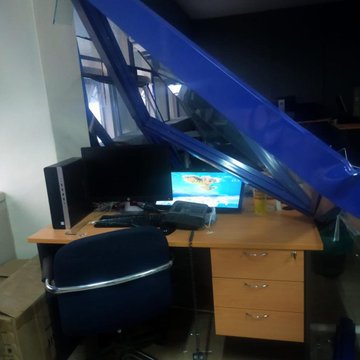 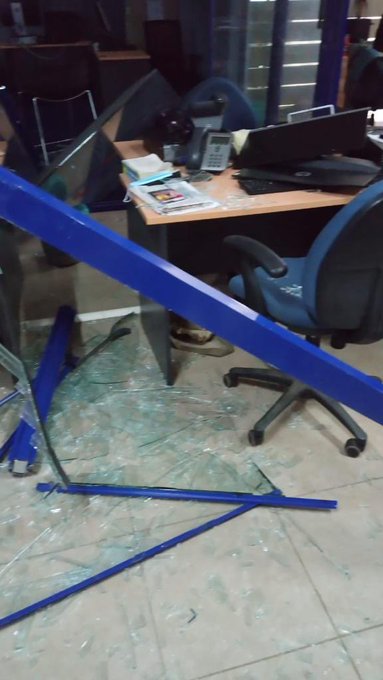