Benjamin Netanyahu has served as Isreal`s PM for 12 straight years.

Naftali Bennett, 71,  has been sworn in as Israel`s first new prime minister in 12 years.

Netanyahu has been removed from power by a coalition government that was formed by anti-Netanyahu forces. 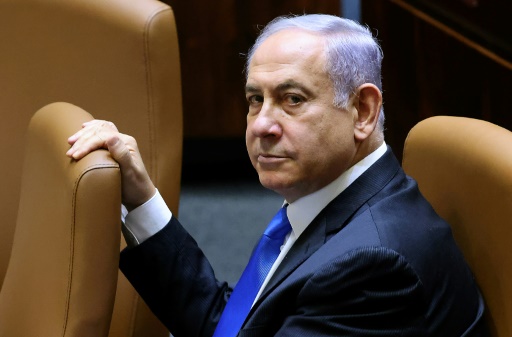 Former Isreal Prime Minister Benjamin Netanyahu had a handshake with Naftali Bennett before Bennett was sworn in as PM.

Isreali parliament approved the formation of a coalition government by just a single vote- 60 to 59, while one MP was absent.

Supporters of Bennett cheered his election before exchanging a brief handshake with Mr. Netanyahu and then proceeded to the parliamentary chamber to take oath as Prime Minister.

Bennett is a Jewish nationalist and is the head of the right-wing Yamina Party. 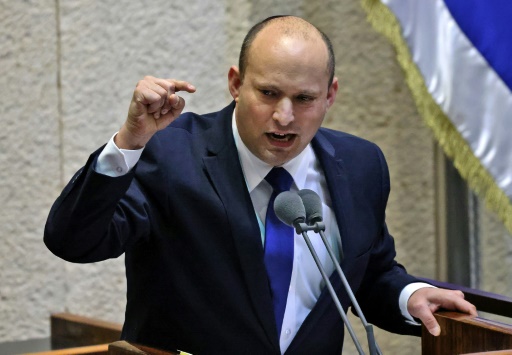 Naftali Bennett, head of the right-wing Yamina party, has been sworn in as the new Israel Prime Minister to replace Benjamin Netanyahu.

The alliance is made up of eight parties whose mission was to oust the long-serving PM Netanyahu.

They said they are dedicated to ending Isreal`s prolix political gridlock.

Before Isreal`s parliament made the confidence vote, Mr. Bennett applauded his coalition as a critical antidote to the political stalemate in the country.

“We stopped the train before the abyss,” Mr. Bennett said. “The time has come for different leaders, from all parts of the people, to stop, to stop this madness.”

Before forming the fragile coalition government, Mr. Netanyahu and his allies in right-wing toiled to break it, but all were in vain.

Mr. Netanyahu is now the official opposition leader whose powers should not be underrated after leaving the office, say political analysts.

This is even though the former Prime Minister who served for 12 years is now facing corruption charges.

The new government has promised to set aside some of the toughest issues and concentrate on rebuilding the economy.

However, many people are concerned about the government’s fragility, which can easily cause another political gridlock.

SupporterS of Bennett`s government hope that it would revive the old relationship with the US.

KDRTV understands that form PM Netanyahu was a close ally of former US President Donald Trump. It was uncertain how the relationship between the two countries would be like during the reign of President Joe Biden.