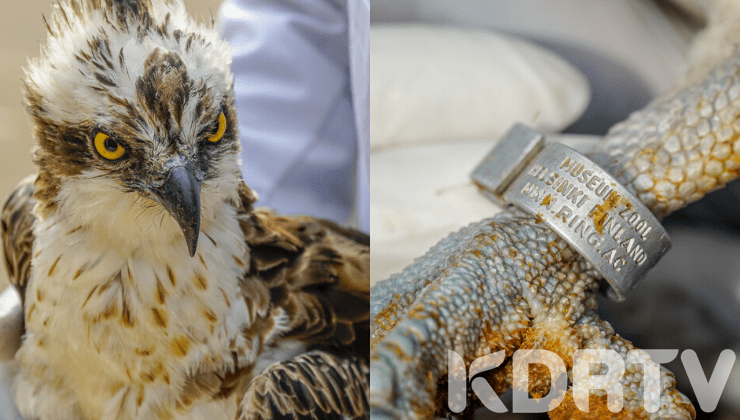 According to the KWS, the postmortem done on the remains of the bird disclosed that the animal succumbed to long term starvation

The bird died due to “long term starvation which precipitated systemic organ failure, ” said the bird

The raptor bird was rescued in Siaya by a member of the community, Walter Oloo, who sighted it on January 20, 2020, and reported to the area KWS body

It was then produced to KWS veterinary Department in Nairobi on January 23, 202o and was later transferred to Raptor Rehabilitation center in Karen

“By the time the bird was delivered to the city, it had been severely dehydrated, weak and emaciated from the long flight and minor injuries while trapped by the fishing net,” said KWS.

The KWS said that the bird was being fed and treated at the Karen center with a motive that it could be released later at the exact site it was rescued in the L. Victoria catchment area.

The origin of the bird was determined from refereeing ring on the bird’s leg that revealed details showing that the bird was ringed in Finland (Museum Zool, Helsinki Finland, M-68528))

Osprey of Pandion haliaetus also known as the sea hawk, and a fish hawk is a diurnal, fish-eating bird of prey with a cosmopolitan range