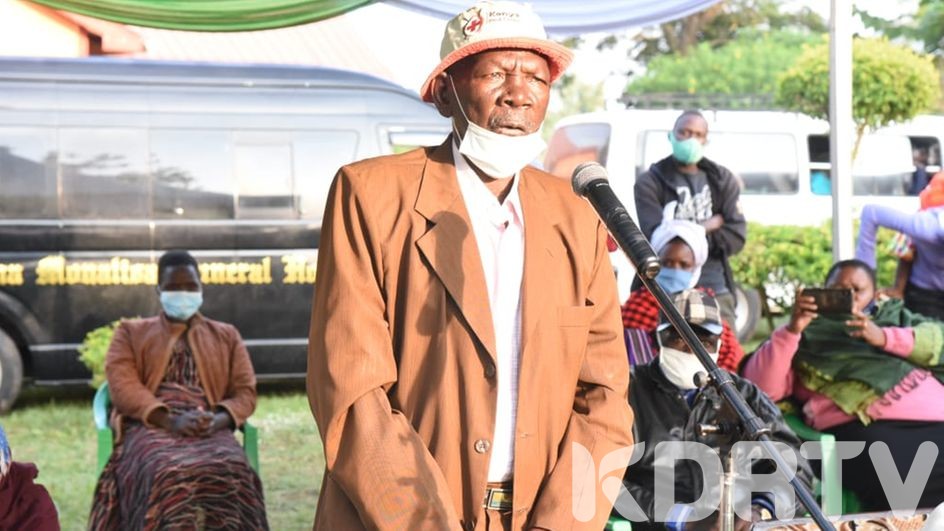 Cosmas Bukeko, the father of the deceased, said he cannot believe reports that the comedian died from the deadly virus. The old man has said they plan to seek more answers from the Karen Hospital with the help of a lawyer.

“For now l cannot say anything about his illness until we sit with the hospital. I’ll travel to Nairobi and together with his wife, we shall engage a lawyer to get the proper information from the hospital,” Cosmas Bukeko said during Papa’s funeral on Monday morning.

Shirandula’s widow Beatrice Bukeko also faulted the hospital for her husband’s death, claiming that the medics did not attend to him quickly. She said they did not take his condition as an emergency at left Papa to die at the waiting bay.

She further revealed that Papa was only tested for COVID-19 when he went to the hospital last week. The hospital ignored other tests like Malaria and COVID-19.

Papa was taken to the facility on Saturday morning after his condition worsened. He had been in isolation after testing positive for COVID-19. The family says the comedian was also suffering from Pneumonia, which might have killed him.