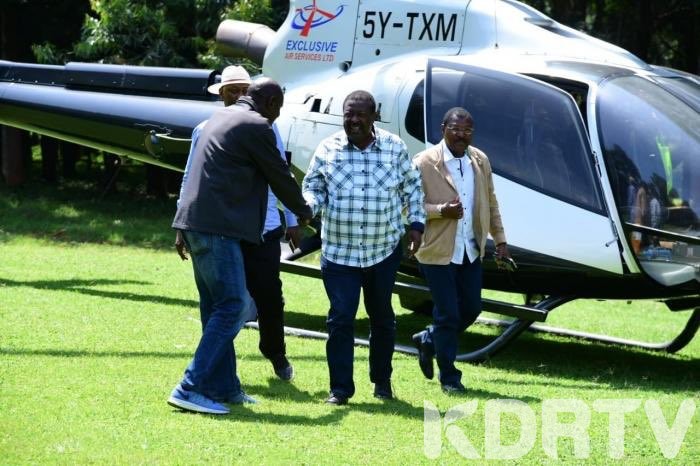 (KDRTV) – ANC leader Musalia Mudavadi and his Ford Kenya counterpart Moses Wetangula brought Kakamega town to a standstill when they landed for the BBI forum on Saturday.

Mudavadi, Wetangula finally arrive for BBI meet in Bukhungu, Kakamega after being ‘consulted’ and flown in a private chopper. The hypocrisy in this country! #KakamegaHostsBBI pic.twitter.com/k1aHPo5mzV

They were received by a huge crowd as they headed to Bukhungu Stadium, the venue of the BBI forum. 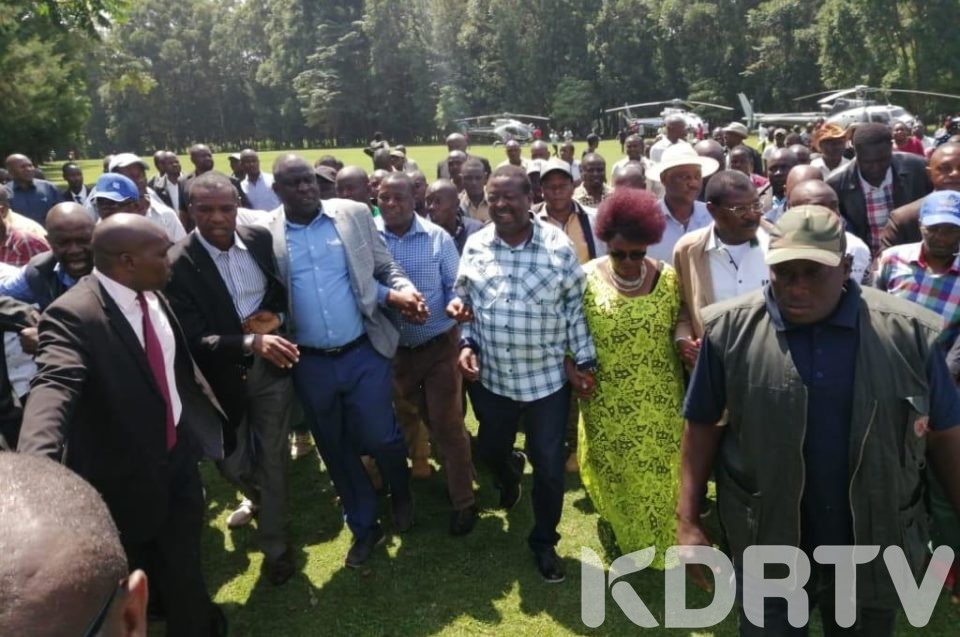 Early this week, the two had vowed not to attend the meeting, saying that they had not been consulted by the organizers.

There were also rumors that the two would not attend because the meeting would be used to install Kakamega Governor Wycliffe Oparanya as the Luhya Kingpin.

A section of Luhya leaders had organized a parallel meeting in Mumias. It was claimed Mudavadi and Wetangula would attend this meeting.

However, the meeting was cancelled in the last meeting by the police.

As recent as Saturday morning, former Kakamega Senator Boni Khalwale claimed that the Mumias meeting would go on.

Khalwale has now been left with egg all over his face.

ODM leader Raila Odinga will preside over the meeting.

Several leaders among them; Governors Anne Waiguru (Kirinyaga) and Charity Ngilu (Kitui) are at the meeting.