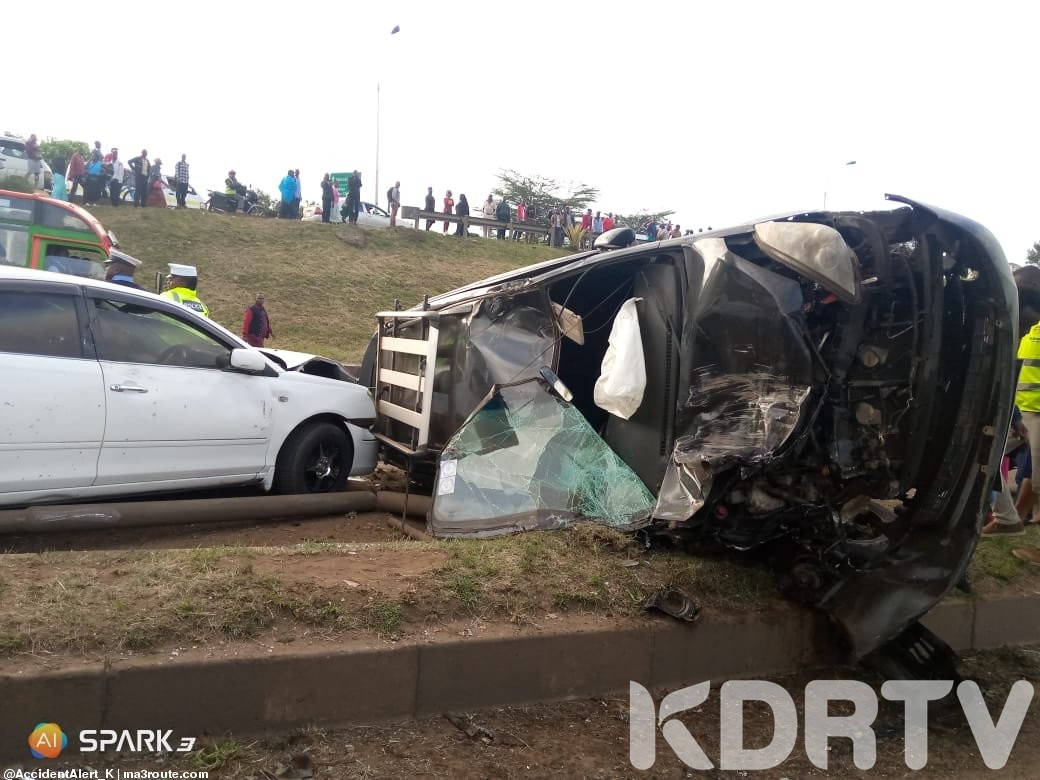 (KDRTV) – There was a huge traffic snarl-up on the busy Thika Superhighway after multiple road accidents around Muthaiga area.

According to reports on social media, at least seven vehicles crashed in the morning. The situation was complicated with the fact that the accident happened in the peak hours when Nairobians were heading to work.

Multiple accident along Thika road as you approach the Muthaiga interchange.
Avoid the highway at all cost. Use the service lanes. A huge snarl up stretching from Garden City. pic.twitter.com/1Wu36o1iac

The snarl-up stretched all the way to the garden city with traffic watch, urging motorists to avoid the highway and use service lanes. 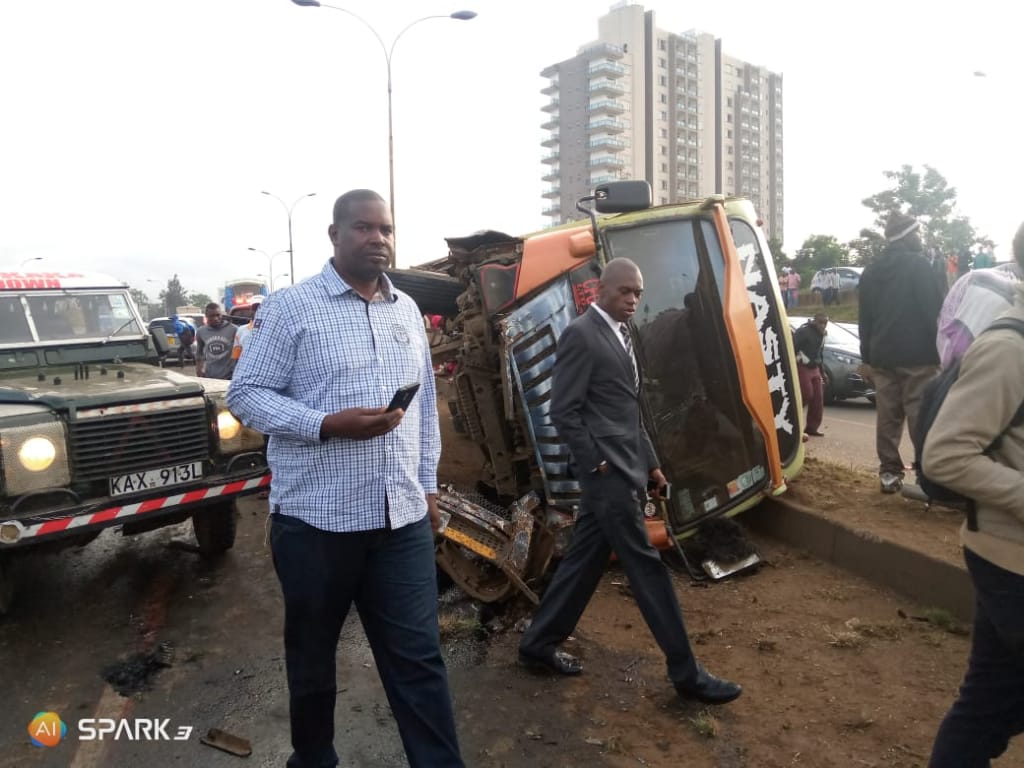 The accident involved a public service bus and a truck. The cause of the carnage had not been established by the time we went to press.

Police took time to respond to the accident, forcing the public to help the injured. 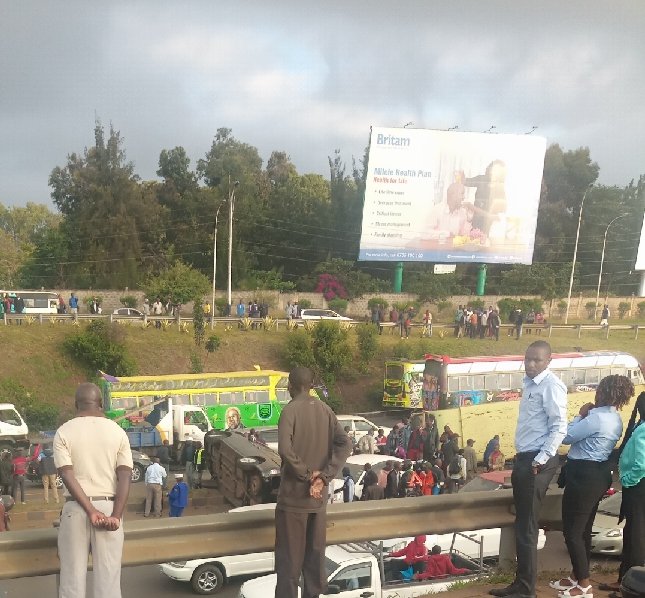 No casualties had been confirmed by the time this story was filed. Police and other emergency teams had also arrived on the site.

Thika Superhighway has developed a reputation as one of the most dangerous roads in the country. Netizens have asked the Kenya National Highways Authority to erect speed bumps along the road especially between Githurai and Muthaiga.

08:43 Believe it or not, some sections of Thika road MUST have speed bumps if we have to save lives. The stretch from Muthaiga to Survey, Allsopps to Roasters and Kasarani to Githurai ate pretty tempting. You try doing 110 but yo https://t.co/l3bWaIOeUT via @tito_antony