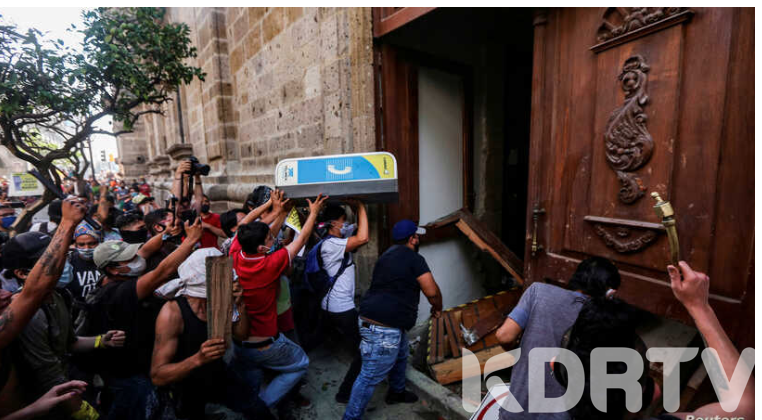 (KDRTV)-Protesters have clashed with police in Mexico city on Thursday evening after a 30-year-old man was found beaten to death fours after he was arrested by police.

Read also: Uproar as 4 Police Officer steps on a black man’s neck till he passes out in Minneapolis

However, the police used tears and batons in a bid to disperse the protesters

According to the footage released on Wednesday, May 4, Giovanni Lopez is seen being forced by police officers into police vehicle as a bystander begged them for his release

The sad news of Giovanni`s death has emerged at a time when the US is faced with series of protests across the country after the brutal murder of a black American, George Floyd in Minneapolis, Minnesota.

Read also: Protesters keep vigil at the home of Minneapolis police officer whom they accuse of “Murder”