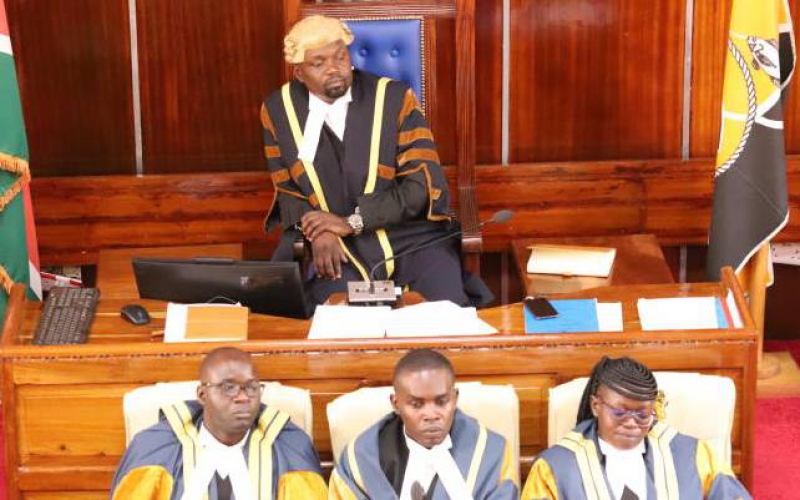 West Asembo MCA Ambrose Akuno has admitted that he received a sum of cash from Siaya County Governor’s office to cover corruption cases.

Akuno, who has been sick and away for a while, claimed that he received Ksh 150,000 but didn’t know that it was a bribe from the governor’s office.

The politician further claimed that he thought it was just a contribution to his medical bill when he received the money.

He said the move was part of the grand plan to silence him in his fight to expose the Ksh 600 million corruption case.

“I was given Ksh.150,000, an amount which I only came to realize later was part of the bribe handed to colleagues,” he said.

“I suspect the move to give me the Ksh150,000 aimed at silencing me since I have been the most vocal MCA on corruption matters in the county.”

Siaya MCAs were allegedly given bribes after they refused to pass the County’s Appropriation Bill for the year ending 2020/2021.

This is after it emerged that there were no explanation as to why bursaries had not been released, Project Management Committee (PMC) monies not paid and statutory deductions not remitted.

According to Siaya County Assembly Speaker George Okode, however, the allegations are not true and insist that there’s nowhere MCAs agreed to cover up the case.

“There is nowhere MCAs agreed with the executive to compromise an oversight role of the assembly. Which assembly committee is that? I have no idea of such happenings,” Okode had said during a press conference.

A list of all the MCAs allegedly bribed by the governor’s office has gone viral on social media leaving a majority of them coming to out to clear the name.