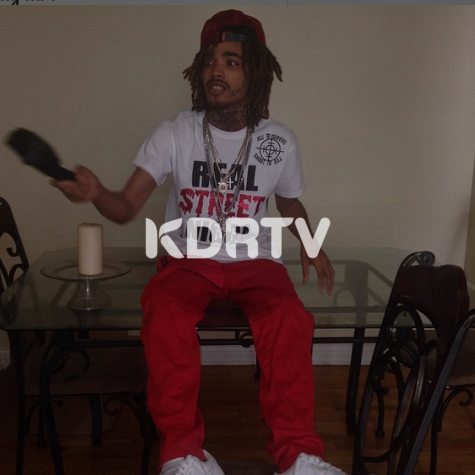 Popular rapper KTS Dre was shot dead in a drive-by ambush on Saturday just minutes after being released from jail.

According to police report, the American rapper from Chicago was shot at least 64 times after being released from the Cook County Jail where the shooting happened.

Real name, Londre Sylvester, 31, was then rushed to Mount Sinai Hospital where he was pronounced dead.

Police collected at least 59 shell casings from the scene following the shooting.

A woman, 60, years old, who was with the rapper during the ambush was shot in the knee while another lady who was nearby was grazed by a bullet.

The 60-year-old woman is said to be her mother who had gone to pick him up from jail.

After spraying bullets on the rapper, the suspects then dashed back to their cars and drove in different directions, police said.

Police believe this was something planned and the rapper was clearly targeted.

“It appears Sylvester was the intended target while (the women) were inadvertently struck,” said a police report from the police.

“Sylvester had “just been released” from custody and was walking alongside the 60-year-old woman “to an awaiting vehicle when several unknown (suspects) exited two separate vehicles and all began to shoot in Sylvester’s direction, striking him numerous times,” the police report added.

KTS Dre’s sister took to social media to claim that the rapper was backstabbed by one of his close friends who must have set up the shooting.

According to the sister, the shooters must have communicated with his close friends who knew when he will be released from jail and at what time.

“They should not mourn him,” she said.

“Somebody gave his drop. No way they knew when he was getting out and walking out.”