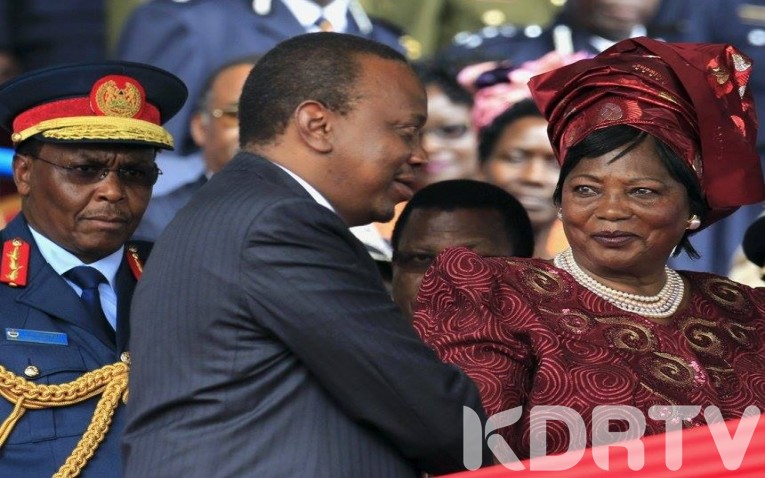 (KDRTV) – As businesses were shutting over COVID-19 in March this year, a section of Kenyan tenderpreneurs was plotting on how to make a kill from the billions of money that the government had set aside to fight the dreaded virus.

According to Daily Nation, the government received Ksh 223B from several international players as part of COVID-19 warchest. The money was wired to Central Bank within 60 days. The Kenya Medical Supplies Authority (Kemsa) was the biggest recipient of these funds as the government trusted it with the procurement of medical equipment.

The country’s biggest tenderpreneurs pitched camp at KEMSA offices to have a piece of the big pie. One of the firms to be awarded the money watering tenders is Ziwala Limited, a firm associated with members of President Uhuru Kenyatta’s family.

Dear Kumîra Kumîra 🐑. While you were out bleating #OneManOneVoteOneShilling nonsense on empty stomachs, Uhuru Kenyatta’s niece ate Sh84 million Covid-19 tender. Turkanas are not freeloading on YOUR taxes. #Relathieves are plundering OUR taxes with your protection. Ng’ondu ici. pic.twitter.com/Px0m0PD2ix

According to the companies registry, Ziwala is owned by Samantha Ngina Muthama and June Nduta Kinyua. Samantha is the daughter of the President’s younger sister Nyokabi Muthama. They were awarded a Ksh 84million tender to supply 120,000 pieces of KN95 masks. Kemsa is on the spot for procuring the masks at an inflated price of Ksh 700 per piece. The retail price was Ksh 500 at the time.

This is not the first time that the President’s family has been mentioned in a controversial tender in the Health Ministry.

In 2016, ODM leader Raila Odinga linked a company associated with Uhuru’s sister Nyokabi (Samantha’s mum) , to the Ksh 5.2B Afya House Scandal. Sandales International Ltd received Ksh 41m from the Ministry. Apart from Nyokabi, Uhuru’s cousin Kathleen Kihanya was also mentioned as a director of the company. Kihanya was the CDF Chair when Uhuru was the MP for Gatundu.