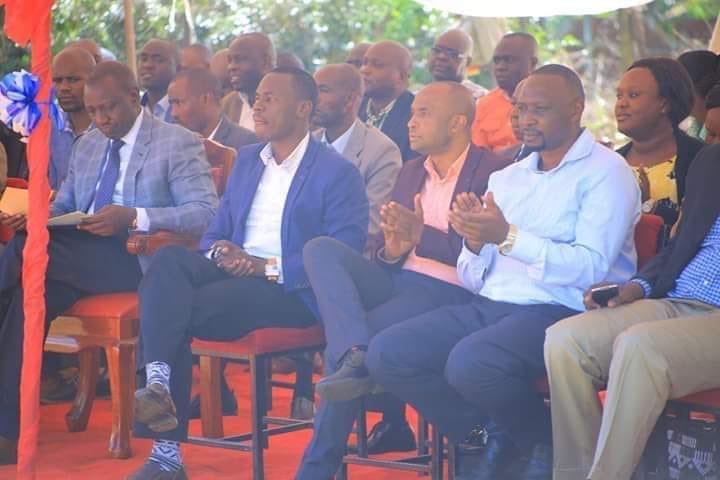 (KDRTV) – Questions have been raised after two individuals with questionable characters were pictured near Deputy President William Ruto during his visit to Kisii County on Thursday.

Don Bosco Gichana, a convicted money launderer and Zaheer Jhanda, a suspect in the fake gold scam involving a Saudi Royal Family were both pictured hanging on the DP’s vehicle and the VIP dais.

Gichana served five years in a Tanzanian prison after pleading guilty to money laundering in 2013. He was released in October 2018.

The youthful politician first made headlines when he bought ODM leader Raila Odinga a Hummer in 2007. He unsuccessfully ran for Kitutu Chache South MP in the 2013 elections.

Zaheer Jhanda is a controversial City businessman who is known to have friends in high places. He has been pictured around President Uhuru Kenyatta, Raila and even Interior CS Fred Matiang’i.

Jhanda was named by detectives as a person of interest in the Ksh 400 million gold scam involving a Saudi Royal Family.

The case led to the arrest of controversial businessman Jared Otieno. Bungoma Senator Moses Wetangula was also mentioned in the scam.

He later told a local TV that he only deals in legit businesses and does not even know the difference between fake and real gold.

The question is what were these two people doing at the DP’s function?