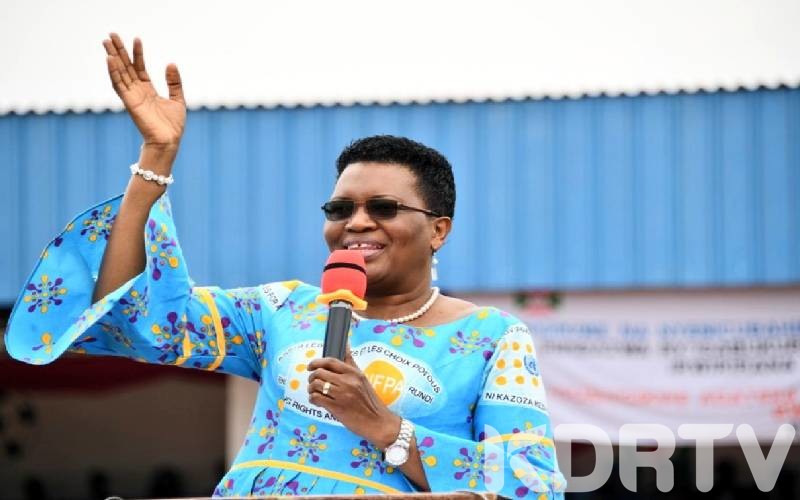 (KDRTV) – Kenyans have been left questioning how a plane carrying Burundi first lady and her body guards was allowed to land in the country despite there being a ban on international travel.

Denise Bucumi Nkurunziza is currently being treated for Coronavirus at the Aga Khan University Hospital. Her condition remains unknown but it is believed one of the three bodyguards she travelled with has also tested positive for the dreaded disease.

Blogger Robert Alai was the first to raise alarm that a plane carrying the First Lady of President Pierre Ngurunziza had landed at the Wilson Airport on Thursday.

“Burundi’s First Lady Denise Nkurunziza was driven from Wilson Aiport in an ambulance belonging to AMREF.  Will tell you where she is,” Alai tweeted on Thursday night.

Burundi’s First Lady Denise Nkurunziza was driven from Wilson Aiport in an ambulance belonging to AMREF.

Will tell you where she is.

Citizen TV confirmed on Friday that the first lady was at Aga Khan Hospital. The revelations will put the government on the spot over how it is flouting its own measures to curb the spread of the virus.

President Nkurunziza considered a dictator by many people in Burundi, has been criticized for the casual way at which he has handled the COVID-19 pandemic.

Denise Nkurunziza isn't the only Burundian official seeking treatment against Covid-19 in Kenya. Burundi's Health Minister Thaddee Ndikumana was also flown to Nairobi on 21st May over the same. One can only wonder what happens to ordinary citizens who can't afford bn airlifted

Burundi is the only African country which did not suspend football as one of the measures to curb the spread of the virus. Early this month, the government ordered top World Health Organization Officials to leave Burundi.

The officials, who were coordinating the COVID-19 response mechanisms in the country were declared persona non grata.