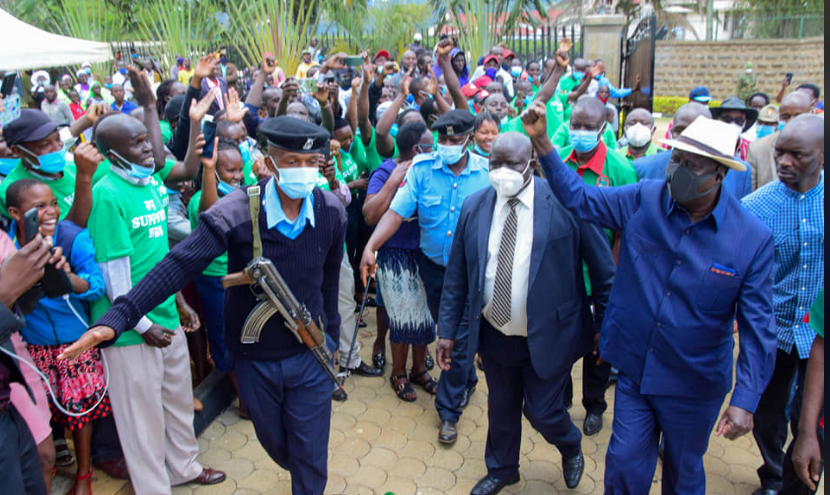 Raila’s speech was temporarily interrupted by the heavy downpour of rain but he was soon able to continue with his address.

The legendary politician went head-on with his bitter rival who is the son of the soil and the deputy president of Kenya, William Ruto. He said that he is different from Ruto when it comes to political ideologies.

Raila reported that while he trains people on how to fish, Ruto is busy giving people the fish. The former premier said that Ruto’s policies and empty promises will not improve the livelihood of Kenyans.

The son of Jaramogi further said that his policies will ensure that we expand the economy and come up with very practical solutions such that every person can take care of himself instead of waiting for 2 million shillings to be shared among 100 youth groups.

Raila urged the residents of Bomet and Kenya, in general, to support BBI because he has a better plan for this country that will be realized after the document has been read and passed.

The former prime minister tickled the crowd when he revealed how he helped shape the life of the youthful politician Johanna Ng’eno.

He paid the full university school fees for him and he praised him for being a good politician but he warned him to be disciplined if he wants to succeed in that field. Raila told him that he should avoid insulting other people’s mothers if he wants political peace.

Willison Sossion on the other hand revealed that Raila was the one who donated the first generator for his local secondary school in Motigo village.