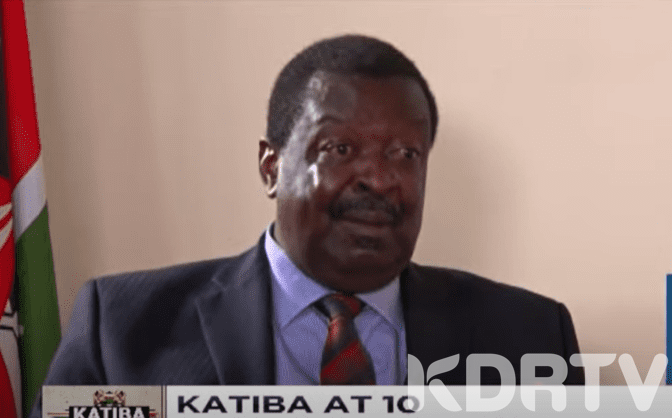 According to Mudavadi, Kenyans priority now is to retaliate the current economy worsened by the novel coronavirus and should stop anticipating on making changes to the Constitution through a referendum

“The country is reeling from the huge damage caused by COVID-19… We must make sure our priorities are right. Should we be thinking about amending the Constitution or how we are going to create jobs for thousands who have been laid off and continue to be laid off because companies are shutting down?” Mudavadi said during an interview with Citizen TV on Sunday.

Read also: Musalia Mudavadi On Teenage Pregnancies And Lack Of Security Looking At A Women’s Perspective

The appeal by the ANC leader has come barely two weeks after ODM chief Raila Odinga urged Kenyans to prepare for a referendum before the next general election, hinting that the exercise would cost about Ksh. 2 billion.

However, Musalia Mudavadi faulted Raila`s timing as the wrong one at the time Kenya is already strained by the pandemic; Kenyans are struggling to get food and the health care systems are already strained.

“The US and Tanzania are having elections because it is a constitutional deadline. Our deadline for an election is 2022 not 2020. President Uhuru’s term is ending in 2022. So between now and then, where is the crisis; lack of medicine, stolen medicine, young men and women who have lost jobs, KRA has reported it wont meet its target,” said Mudavadi.

“Why are we making Kenyans believe that amending the Constitution is going to be the alpha and omega in our current situation. It is not. What is critical is faithful implementation of the Constitution right now then focus on dealing with the economy,” added Mudavadi.

KDRTV understands that this week, Kenya marks 10 years since the promulgation of the current Constitution