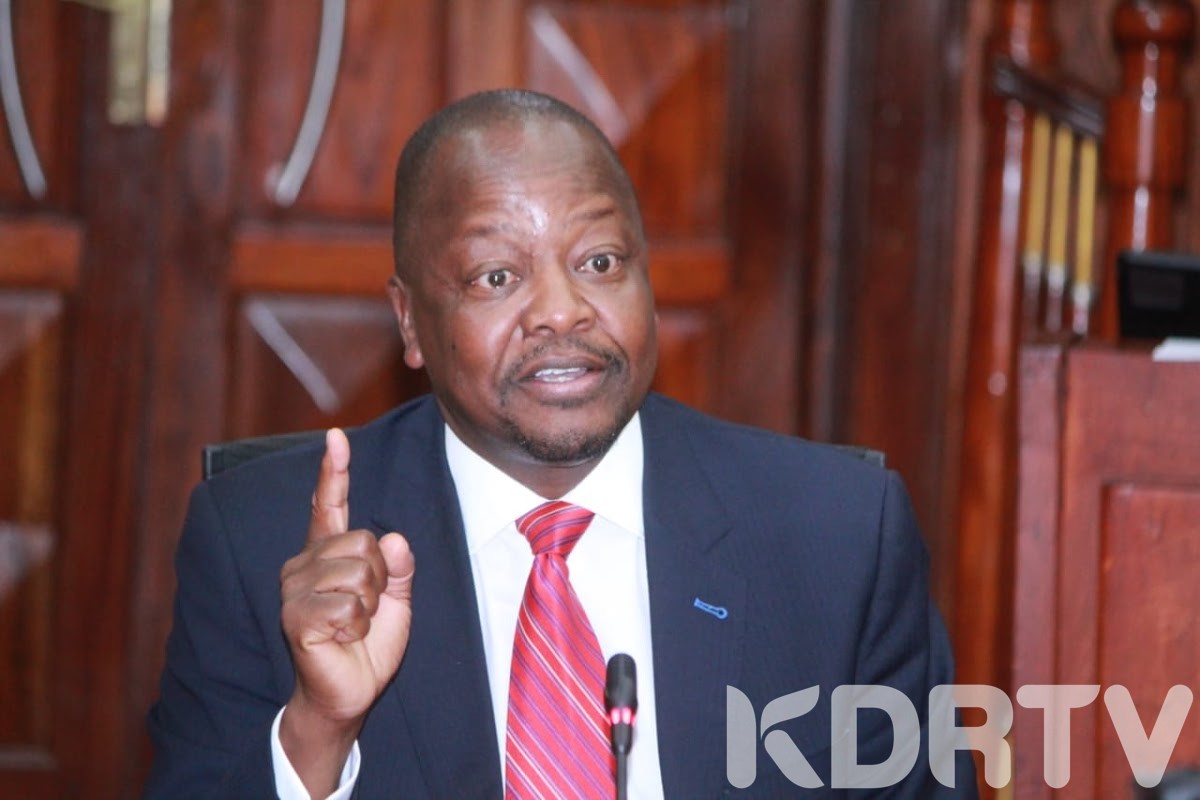 (KDRTV)  –  Senate Majority leader Kipchumba Murkomen shocked Kenyans on Tuesday after he revealed that a team of Kenyan lawmakers were in the same plane as the fourth Coronavirus patient.

While announcing the fourth case on Tuesday, Health CS Mutahi Kagwe said that the patient had travelled from London on March 8 and reached Kenya the following day.

It has now emerged that the same plane had four Kenyan lawmakers and staff from the Parliamentary Service Commission,

We have now established that the four members were MPs Naomi Shaban (Taita Taveta), Adan Keynan (Eldas) and Senators George Khaniri (Vihiga) and Aaron Cheruiyot (Kericho). The four are members of PSC.

Read Also: Why Closing Schools Over Coronavirus May be a Huge Blunder

Shaban and Keynan were kicked out of the house chambers on Tuesday after their colleagues raised concern that they had travelled outside the country.

“The Commissioner just arrived from London. For the sake of the health of MPs, I ask you to order him out of the house. This is a serious matter Endebes MP Robert Pukose beseeched the speaker to kick Keynan out. Shaban left the House chambers after a concern was raised by Majority leader Aden Duale.

Consequently, Parliament has adjourned sittings until at least April 14 over the COVID-19 scare.