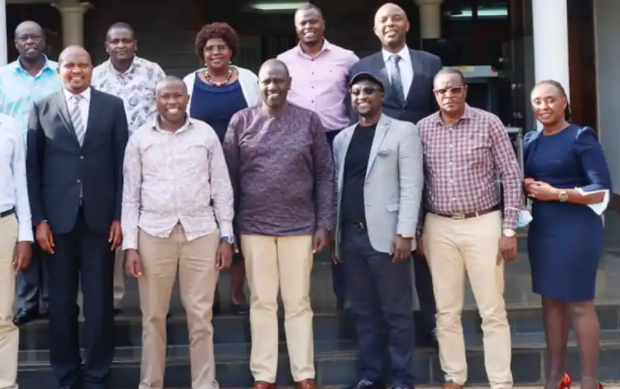 Deputy President William Ruto once again took to quell the growing tension within his political camp as he hosted a number of leaders on Wednesday, June 2.

The core purpose of the meeting was to discuss ways in which the camp would ensure victory in the upcoming Kiambaa by-election.

John Njuguna Wanjiku, a candidate in the by election, enjoys massive support from the Ruto’s camp and Murang’a senator Irungu tipped him for victory.

The meeting of the leaders came at an opportune time as there were rumors of a rift in the ‘hustler’ divide.

The rumors were brought about largely due to attacks between United Democratic Alliance( UDA) member and People’s Empowerment Party (PEP)members.

Moses Kuria’s PEP recently backed down from the Kiambaa by-election just when it looked like it would be a battle within the hustler camp for the seat.

The Kiambaa mini poll provides another battle for President Uhuru Kenyatta and William Ruto, who these days do not necessarily see eye-to-eye on matters politics.