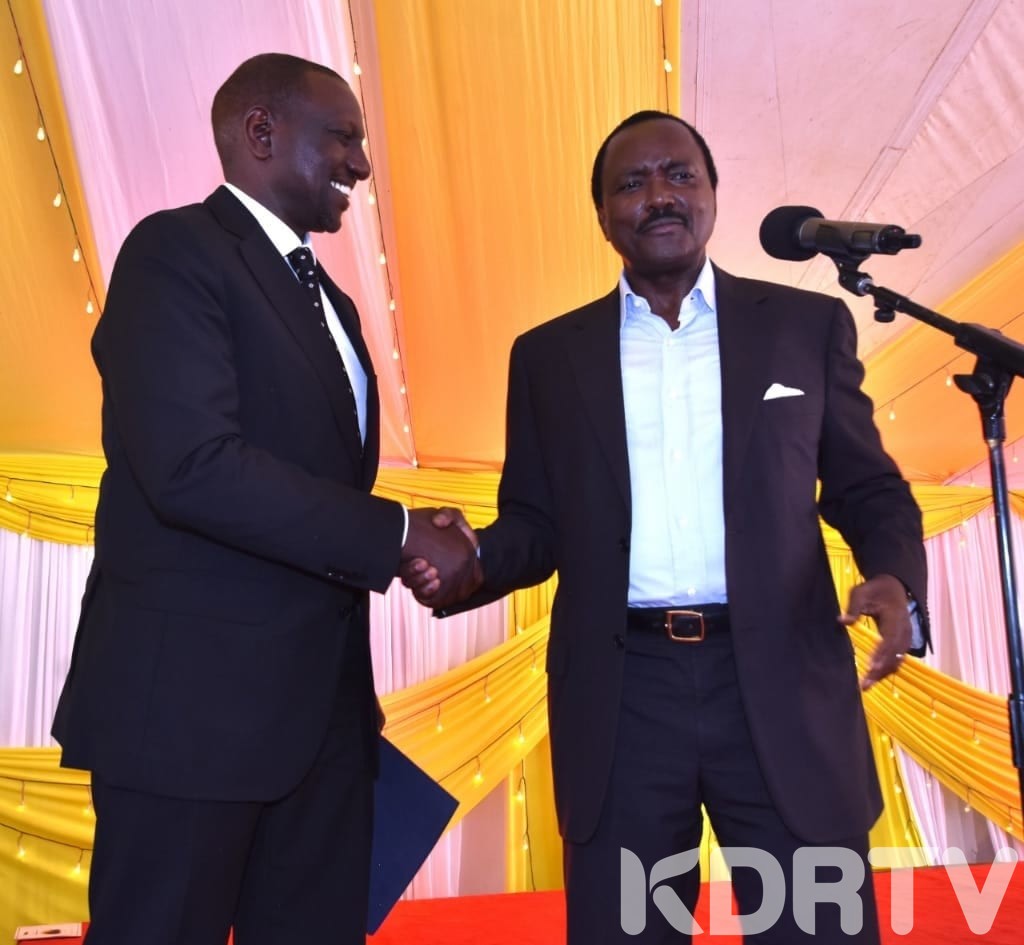 Ruto Tells Kalanzo To Work With Him Ahead Of 2022

The Deputy President was speaking during a funeral service of former Cabinet Secretary Cleopas Mailus`s mother who died in early January.

At the same time, he advised the wiper boss to seek a different formula since his support to Raila Odinga in 2012 and 2017 has proved futile

“The only mistake I made is that I failed to tell Kalonzo their candidate would not become president, Stephen, I helped Uhuru become president twice and he is about to retire, my friend, let’s walk together… “Ruto said in part.

The statement by the second-in-command has emerged after it was alleged that he secretly met Kalonzo in Sudan.

Ruto went of a private trip to Sudam on Tuesday

However, Kalonzo said he was on official duty in South Sudan as a Special Envoy and did not plan meeting William Ruto

“Nothing pre-planned happened. There was no meeting at all. It is a desperate attempt to say the meeting was pre-planned. The DP was in the company of Kapseret MP Oscar Sudi. Also present at the airport was Kenya’s ambassador Chris Mburu,” Kalonzo was quoted.