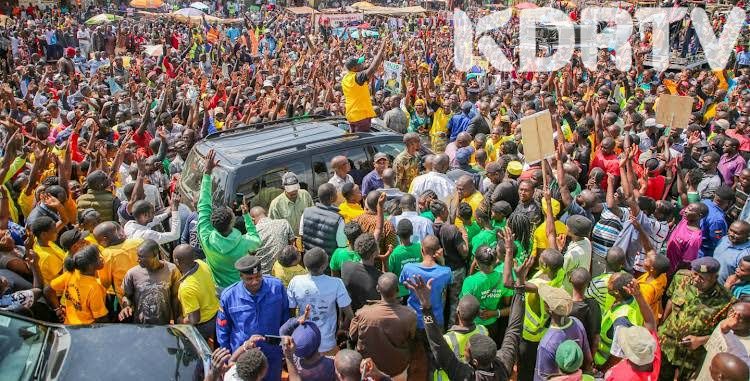 Deputy President William Ruto together with his Kenya Kwanza team took their campaigns to Kitutu chache, Kissii county on 16 June 2022.

Ruto addressed the crowd asking them for their votes. 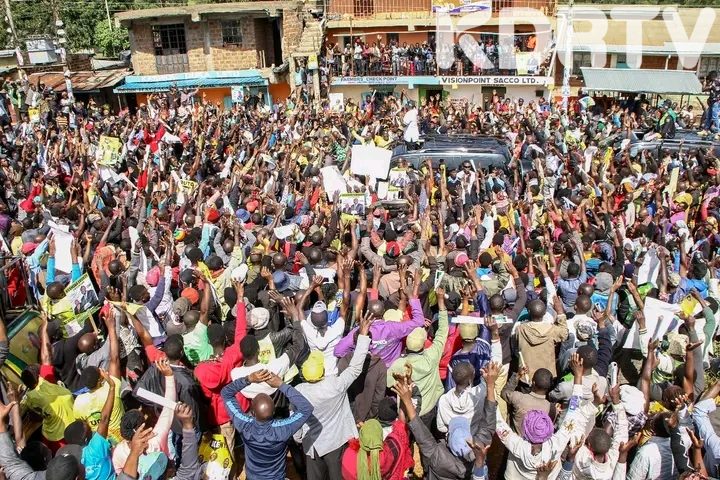 During the visit, Ruto assured the residents that should they get the next government, they will make sure electricity is accessed in most parts of the county.

On the other hand, Ruto accused former prime minister of not doing much in Kissi when he was the prime minister.
Ruto also promised the Kissii people that the Kenya Kwanza government will fix the economy of the country and make sure every youth get job and education.

However, Ruto also added that his government had added five more technical colleges in the county. He also said that the government had disbursed over 800 million in Hospitals in Kissii. The money was used to provide the hospital with basic requirements and that people do not have to travel on other counties for treatment.

Consequently, Ruto promised that they will disburse 50 billion in small scale trade to help those people in small businesses.

On his other agendas, the deputy president said that they will deliberately pursue Government programmes that will create jobs and put more money in the pockets of citizens.