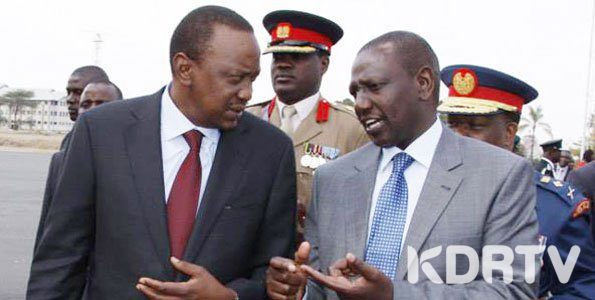 (KDRTV) – Deputy President William Ruto is believed to have requested President Uhuru Kenyatta to be allowed to attend the BBI rallies. The two leaders met in a private meeting at Statehouse in Nairobi on Monday and the BBI debate dominated the discussions.

Last week, Ruto directed his Tanga Tanga group to attend the BBI rallies. This was a change of tact from his earlier stance in which he had publicly opposed the rallies claiming they are a waste of public funds. The rallies are being led by ODM leader Raila Odinga.

Last week, the DP said that he would first consult with his boss before making a decision to attend the rallies.

“It is not for me to tell you I will be attending this or that meeting. I am going to have a discussion with my boss and agree on what nature of attendance,” Ruto said during an interview on NTV.

It is not clear if Uhuru allowed his deputy to attend the rallies but Kenyans are waiting to see if Ruto will attend the BBI forums organized by Raila or the parallel rallies organized by Tanga Tanga politicians.

On Monday, Tanga Tanga announced that they will be holding BBI rallies across the country, starting with Nakuru on February 7. This was after a retreat in Naivasha in which more than 150 legislators attended.

There have been concerns from Ruto’s camp that Raila is using the BBI mobilization forums as part of his strategy for the 2022 elections, an allegation that the former PM has vehemently denied. In fact, this is the main reason Ruto and his allies decided to take part in the rallies.