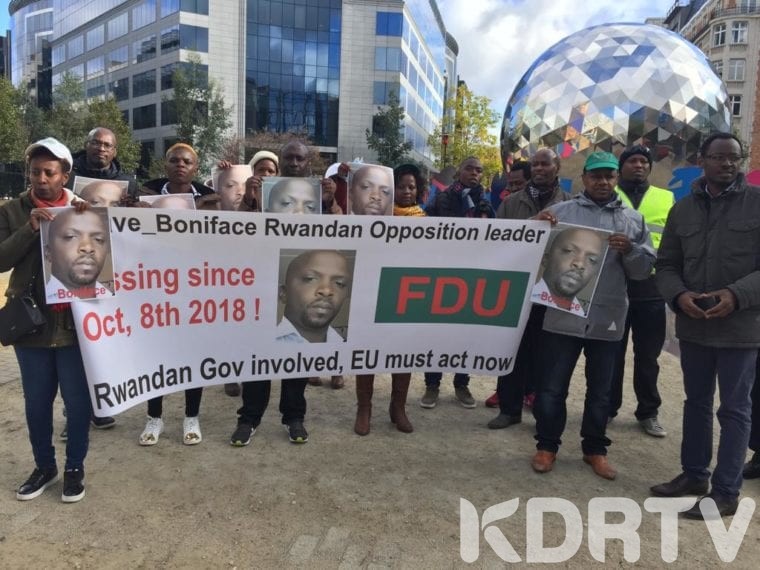 (KDRTV)- Six Rwanda opposition leaders have been sent to prison for seven to 12 years after being convicted of establishing illegal armed groups and conspiring against the government, State-run radio reported.

The six newly jailed opposition leaders include Boniface Twagirimana, a vice president in the FDU-Inkingi, who along with one associate received a 10-year term.

Read also: Is Kenya going to the Dogs as we Watch or it is bewitched and by who?

The other two co-accused leaders were slapped with 12 years while a seven seven-year sentence was given to others.

However, the court based in South Rwanda vindicated four other defendants

The sentenced were members of FDU-Inkingi party, which was formerly led by Victorine Ingabire a vocal critic of President Paul Kagame

Ingabare had also served six years of 15-year prison term on charges of conspiring to form an armed group to undermine the government, before being released in 2018.

According to her, the charges were influenced by her political stands

According to the prosecutor, the men who were leading the opposition had helped to form a rebel group in bordering Democratic Republic of Congo with a key aim of throwing the Rwandese government

It is documented that over the years, Rwanda has faulted the various rebel group operating out of the jungles of Eastern Congo as those that want to overthrow Paul Kagame`s government