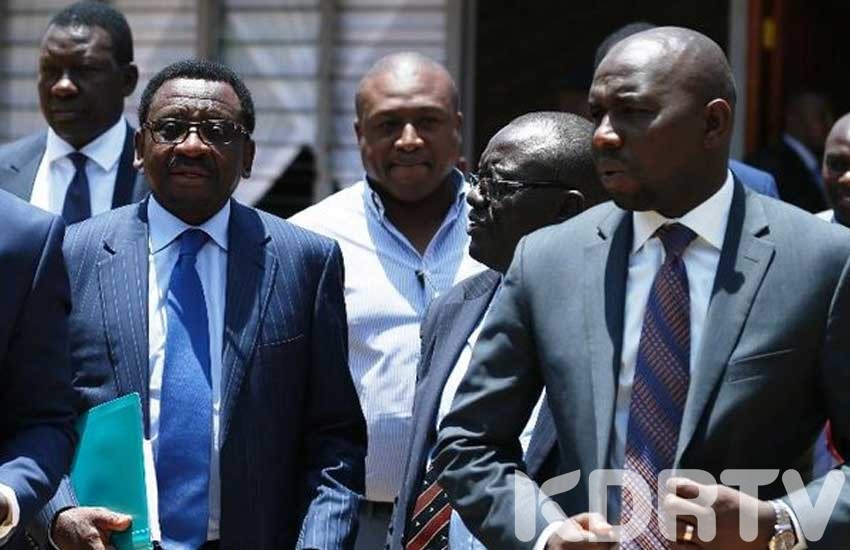 The senators have on Thursday ended the long impasse between the counties and the national government as they agreed to Ksh316 billion revenue share to the counties.

During a presser outside Senate chambers in Nairobi, Senate Majority leader Kipchumba Murkomen stated that the move was to ensure that services continued smoothly at the county level.

Initially, the senators and governors were demanding Ksh335 billion from the national government, to which the President declined noting that the government had no money.

The National Assembly had approved the allocation of Ksh316 billion to counties, disagreeing with senators and governors forcing the latter to go to the Supreme Court.

However, Murkomen was haste to note that they would pursue the case to the end, despite changing their stand on the revenue allocation.

The Bill was passed in the National Assembly just two days after the Senate passed its version of the Division of Revenue Bill allocating counties Ksh335 billion.

Governors have accused the National Treasury of ignoring the Commission of Revenue Allocation’s recommendations on the sharing of revenue between the national government and the devolved units.

Attempts at mediation failed after the National Assembly and Senate failed to agree on how much the counties should get.

Subscribe to watch latests videos
In this article:Kipchumba Murkomen