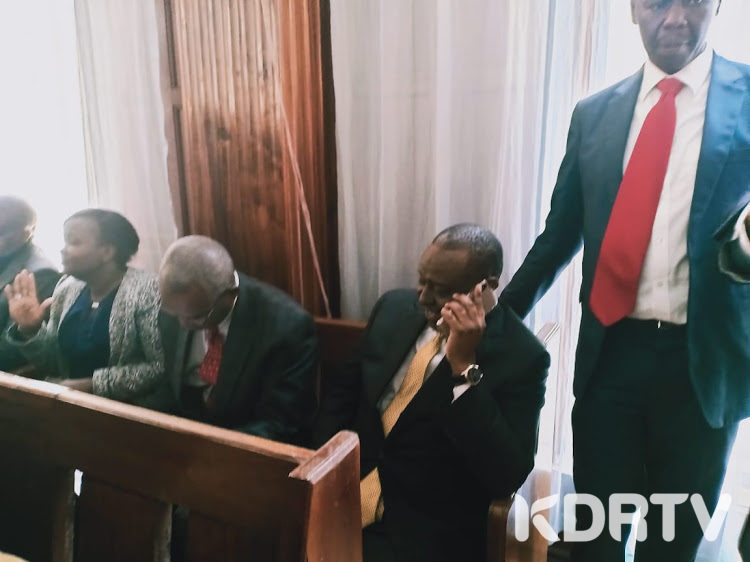 Treasury CS Henry Rotich and his PS Kamau Thugge have appeared before the Milimani Court to face charges of financial impropriety on the Aror and Kimwarer Dams. The two were accompanied by a host of other top state officials whom  were involved in the scandal which has seen the country lose close to 21B taxpayer shillings.

They are accused of conspiracy to defraud government, failing to comply with procurement law and irregular procurement of insurance policy through single sourcing.The counts were read, with a few mistakes in the particulars, such as the name of the dam, which was being rectified.

A total of 21 accused appeared in court.It is alleged they conspired to defraud the government of $244.4 million. Rotich’s lawyers include Kioko Kilukumi, Katwa Kigen, Jinaro Kibet, Mahat Somen and Phillip Nyachoti.

Operations at the National Treasury came to a halt on Monday after the Director of Public Prosecutions Noordin Haji ordered the arrest of two top officials over the Kimwarer and Arror dams scandal.

Subscribe to watch latests videos
In this article:Aror and Kimwarer Dam Scandal