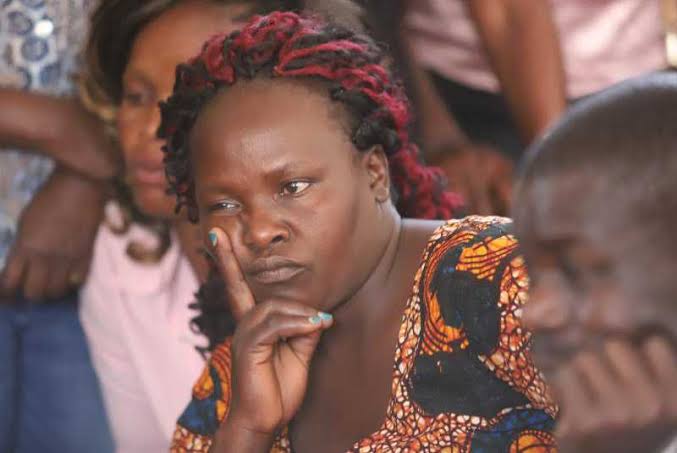 KDRTV NEWS: Sharon Atieno`s mother joins politics on the side of the UDA party and is aspiring to vie for the MCA seat.

The mother of the slain Rongo University student Sharon Otieno has said that she will seek a Homa Bay Town West MCA seat on United Democratic Alliance (UDA) ticket.

The mother`s daughter Sharon was murdered by unknown murderers about three years ago.

The Migori County Governor Okoth Obado has since been drawn in the case and the case is still in court.

Obado is a suspect in Sharon`s Otieno murder case, however, he denied the charges.

The mother believes that she would beat the ODM party in the region and has been actively persuading others to join the new outfit.

Mrs. Melida Auma has said that UDA is the ideal party for any aspirant who has the Kenyans at heart.

“I would have wanted ODM, but it is very difficult to get a ticket there. Furthermore, leaders from ODM who had vowed to stand with us before Sharon’s burial abandoned us immediately we lowered her body into the grave,” she noted.

However, Mrs. Melida also faulted the ODM politicians who had promised to educate the three children left behind by Sharon.

She said she is joining politics to better the lives of her children and grandchildren.

“I decided to try the MCA seat because I want a better life for my children and grandchildren. It is tough, but I will try,” she notes.

She also claimed that there is a section of lawmakers who practice law and who vowed to offer her pro bono services but have since gone quiet.

“These people were only after political mileage. They forgot us. They stopped picking our calls as soon as we interred our daughter’s remains,” Mrs. Auma said.