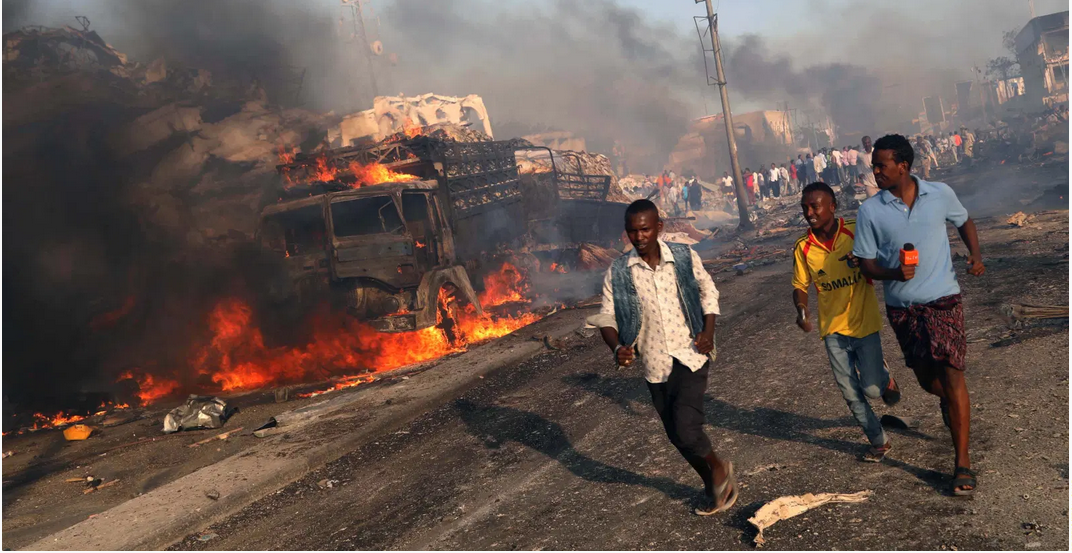 KDRTV NEWS: We have received sad news from Somalia indicating that at least footballers have been killed in a bomb incident that hit a team bus in Somalia`s southern port city of Kismayo.

The reports also indicate that 10 others have sustained serious injuries.

The state-owned TV reported that the concerned bus was destroyed.

KDRTV had established that the team was heading to Kismayo for a football match when the incident occurred.

Several government officials were expected to attend the functions where a local league was scheduled to launch today.

This was according to reports by Radion Mogadishu.

So far, no group has claimed responsibility for the dreadful attack; however, the Somalian government blamed Al-Shabaab for the bombing.

The players of the Jubaland Chamber of Commerce and Industry club were due for a game at the Kismayo city stadium in south Somalia when the blast hit their car.

“The players were riding in a bus when the explosion went off, presumably inside the vehicle. There are investigations going on but we presume the device was planted onto the bus,” said police officer Mohamed Sadiq.

Somalian authorities have said that it was seemingly a roadside bomb blast and affirmed that investigation is underway.

The President of Somalia Mohamed Abdullahi Mohamed condemned the attack and has since offered his condolences to the families of the players.

The president has also joined other government officials in blaming the Al-Shabaab militants for the deadly attack.

“Somali president expressed his condolences over the deaths of the young players who were killed by al-Shabaab terrorists in Kismayo,” said a presidential statement released to the Somali state television.