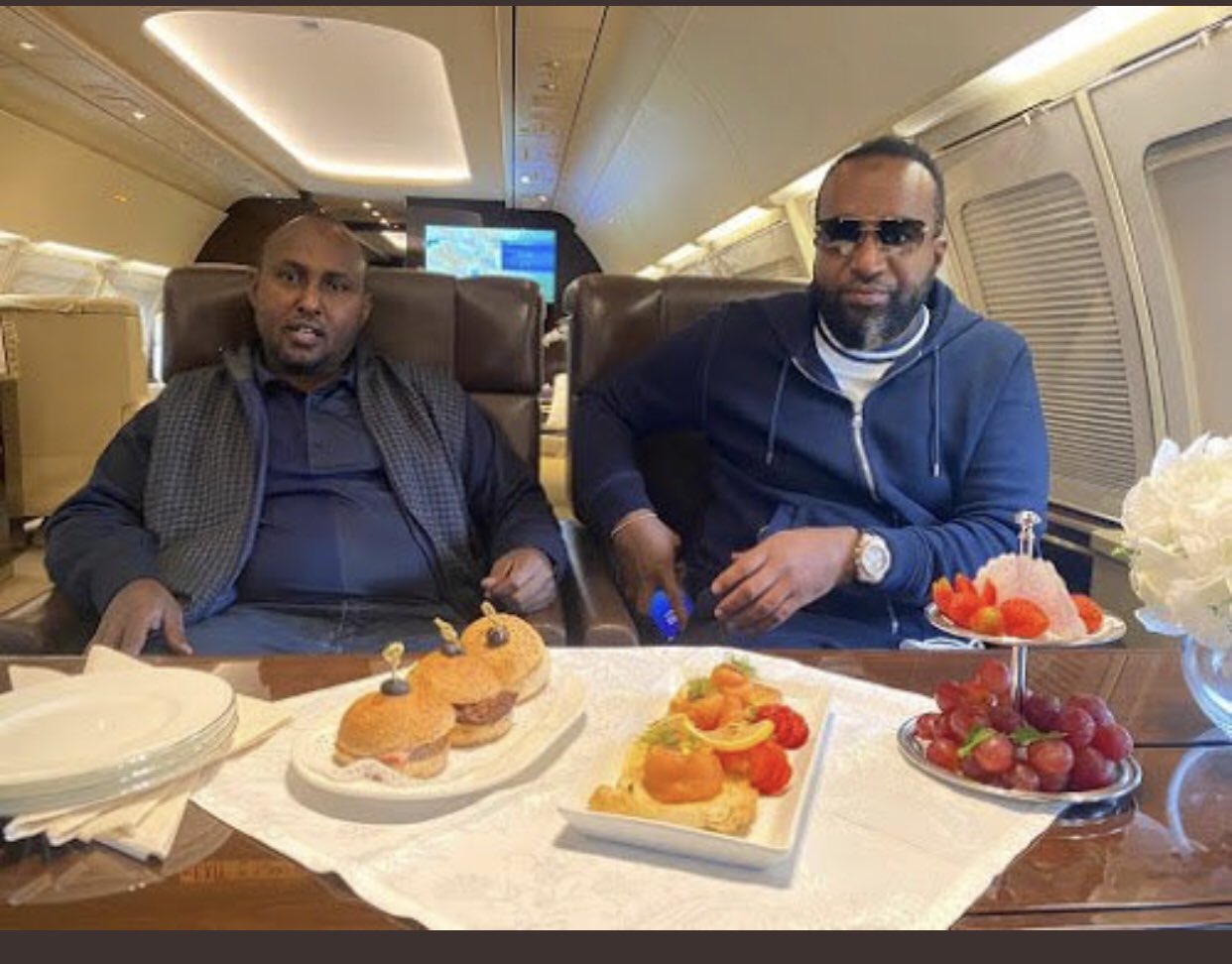 Joho and Junet on Dubai Trip

(KDRTV) – Questions have been raised after Raila Odinga Junior turned to attack some of his father’s greatest political allies on social media.

In the past two days, Junior has directed missiles at Mombasa Governor Hassan Joho and Suna East MP Junet Mohammed. The two are close buddies to his father Raila Odinga.

According to Junior, the ODM Party has lost focus and shifted from its manifesto of service delivery and protecting the rights of private citizens. He said party members are more interested in riding in private choppers and entertaining slay queens.

“We as ODM need to find our way back to basics, we’re not just about private jets & slay queens whilst abusing rival politicians, we have a development agenda clearly outlined in our manifesto, let’s focus on service delivery, democratic space, protecting private citizen rights,” Junior said on Tuesday.

Though he did not mention names, there was no doubt that Raila’s lastborn son was referring to Governor Joho and Junet. The two ODM officials charted a private jet to Dubai in July this year. They went to visit Raila, who had been admitted to a hospital in the UAE.

Reports on social media claimed that the two politicians were in the company of a Kenyan socialite. Blogger Edgar Obare was arrested for revealing that socialite Natalie Tewa was the mystery woman who travelled with Joho and Junet. This socialite could be the ‘slay queen’ Raila Junior is talking about.

ODM Members have castigated Junior for attacking some of his dad’s most loyal soldiers.

This tweet and its opening line sound like those tabloid stories that begin, 'Ten things you didn't know about XYZ'…

That private jet went to pick your father and bring him home. The ODM ‘development agenda’ commences at ascension to power, with @RailaOdinga in SH, not Capitol Hill. Your father needs these people you are targeting with these cheap snide tweets. @HassanAliJoho @Junet_Mohammed https://t.co/nRvjSaDFow

Stop acting smart my brother . In war , those seek to sound politically corrext seldom last . Stop seeking to sound the sober one in the midst of war ! Attacking party cadres to look good is a new low from you. Come on ! @Disembe https://t.co/D7tjT6MN7X

However, some people say Raila Junior has seen ‘light’ and is trying to speak out against some of the ills of the party.

Tweet that has annoyed ODM online supporters.😂😂
Hampendi kuambiwa ukweli? Reason elopes most of you the moment truth is rubbed on your faces…
Yes, the party has a development agenda which ceased the moment handshake happened! https://t.co/CIRUu6UZmA

Kijana ya Jakom nowadays makes a lot of sense https://t.co/dIngUp3GGl