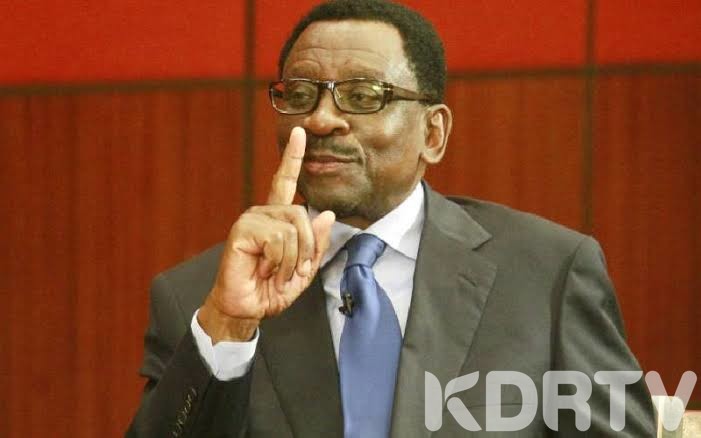 James Orengo is one of the most vocal and renowned politicians whose support for NASA leader Raila Odinga has remained un-waivered over the years.

Some say the heart, soul and quickest road to Raila Odinga is through Siaya Senator James Orengo as whatever he says goes.

From fighting Odinga’s enemies in parliament and senate, the Siaya Senator has been a foot soldier even in courts through making representations for the enigma and protecting his close allies.

Early in 2017 after elections, the legislature made very outstanding remarks regarding the government and those who were in support of its dictatorial ways.

He even earned the title ‘prophet’ barely a year later after elections when things started going tough and politicians expressing their disappointment in government.

Jan 5th 2017, The Walking Constitution, Hon James Orengo made these remarks – “There are times when revolutions eats their own children, government eats its own people, this government is going to punish you more than they’ll punish me”

I thought you should know.

These remarks were made in the senate during a discussion pertaining election law issues that majority of Senate leaders were in support of from the Jubilee Party.

The country had just come from one of the most intense elections in the Kenyan history which resulted to a re-match as the Supreme Court annulled the elections and ordered a back to the ballot within three months.

The elections which were encumbered by violence, massive deaths and dictatorial tendencies made sure the leaders and politicians in the opposition were threatened and intimidated in all type of ways.

They were targeted and their access to government allocation denied.

Well, it is barely two years since the last elections were conducted and the government has started eating on its own people as Orengo had prophesied.

“In another one year, you will be crying in my office for me to come and represent you,” said Orengo.

First, the DP Ruto was the first member to have been swallowed by its own regime as he is being sought and fought left right and center, frustrating his ambitions to take over President Uhuru per their initial tact.

Ideally, since the DP comes from the Rift valley, it would have been appropriate for Mau evictions to be stopped and his people protected.

However, this is not the case as the evictions have been launched with no form of power or authority to stop it while residents are left in tears.

The DP and the President are no longer brother as they used to be. They are fighting each other and only tolerating themselves as there is nothing else to be done.

The war on corruption has cracked down on legislatures more so from the Jubilee side leading to sacking and loss of jobs.

The DPP for instance has arrested some of the legislatures and others are still under investigations regarding graft and embezzlement of funds.

For example, the Aror and Kimwarer dam scandal is encumbered and surrounded by Jubilee MPs and leaders who are under scrutiny and their accounts frozen in regards to the same.

READ ALSO:Aror And Kimwarer Ghosts Refuse To Go Away As It Emerges Cabinet Did Not Know About The Dams

Governor Ferdinand Waititu is also an unhappy man since probed and told to stay away from the office of the Governor until Sh.588 Million case on corruption is completed.

Ideally, Governor Mike Sonko who is in Jubilee is on the spot for misappropriation of public funds meant for garbage collection and disposal. The two governors are most likely to lose their seats.

The most recent case is that of Ndindi Nyoro who caused a standoff after police men were deployed to arrest him while conducting an interview at one of the media houses.

John Kiarie: We are friends of Ndindi Nyoro. The state cannot be seen to be working to fight those elected by the people of Kenya. As his friends, we will stand with him. Kama ni kulala kwa bench tutalala kwa bench #SundayLive pic.twitter.com/Hr3E3msUQd

True to Orengo’s words, the sitting regime is eating its own children and punishing them more than it is to the opposition leaders.