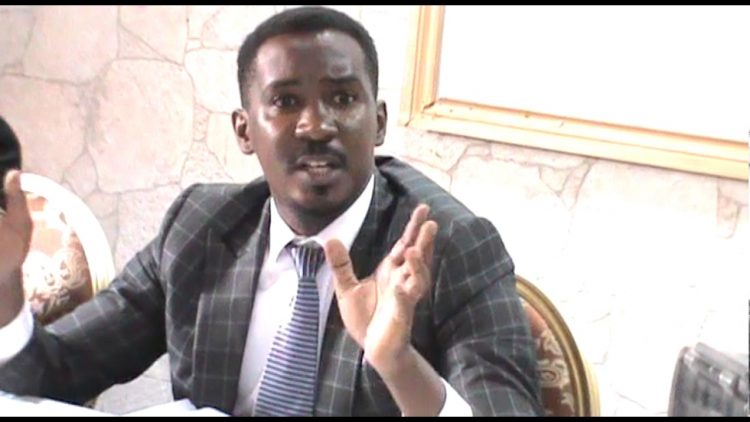 Ssewanyana was rearrsted and charged with treason

KDRTV KAMPALA: Ugandan opposition lawmakers have stormed out of the parliament after the speaker of the house failed to convince them of the whereabouts of two colleagues.

The opposition members walked out of the parliament while the debate about the arrest and continued detention of the two members was ongoing.

The two colleagues who are in detention are Allan Ssewanyana and Muhammad Ssegirinya from Makinde West and Kawempe North consecutively.

The two MPs were roughly arrested and were linked to murder and to aid and to abet terrorism.

They were roughly arrested by plain cloth officers and taken away in a van unofficially known as a drone. They were taken to an unknown place.

However, yesterday Mr. Ssewanyana`s lawyer Mr. Erias Lukwago managed to see him and said he was being held at the Special Investigation Unit in Kireka.

The speaker has faulted the Prime Minister, Attorney General, and the government for not notifying him about the arrest of the MPs.

“It costs nothing to do the right thing within the law and at the right time,” Mr Oulanyah said.

After Prime Minister Robinah Nabbanja informed the house that the speaker`s letter was on the way.

“How is the letter coming? Is it by boda boda? I should have been notified before the arrest,” a visibly disappointed Oulanyah said

On the other side, Mr. Mathias Mpuuga demanded to know an explanation of the colleagues’ whereabouts.

“I demanded for an explanation from the state on the whereabouts of our colleagues Allan Ssewanyana and Hon Muhammad Ssegirinya. The two were abducted moments after the High Court had released them on bail. It’s almost 120 hours since Hon Ssewayana was kidnapped, and has not been produced in court in accordance with the 48-hour rule, and we are here legislating normally,” the Leader of Opposition, Mr Mathias Mpuuga said.

“We know that even if they were guilty the laws of the land state how suspects must be treated. Without the state explaining this, we are constrained to move as though business is normal when MPs have been abducted,” he added

Mr. Mpuuga slammed the Prime Minister and the Attorney general for vulgarizing the debate.

At the same time, the speaker blamed the lawmakers for storming out of the parliament.