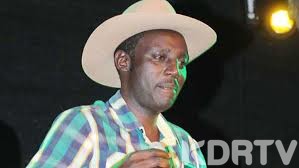 President Kenyatta today  accompanied by his Deputy William among other national leaders pay their final respects to De Mathew who played a key role in both Uhuru’s 2013 and 2017 presidential campaigns.

A funeral service held at Githambia Primary School kicked off at 10am today.

An autopsy conducted by pathologist Dorothy Njeru revealed that the Benga musicians died of internal bleeding after sustaining internal injuries after he was involved in a fatal road accident near Thika Town on Sunday night last week.

DeMathew, who was the chairman of the recently launched Tamco Sacco, was returning home from a fundraising meeting at Metro Fill bar in the town when he met his death.