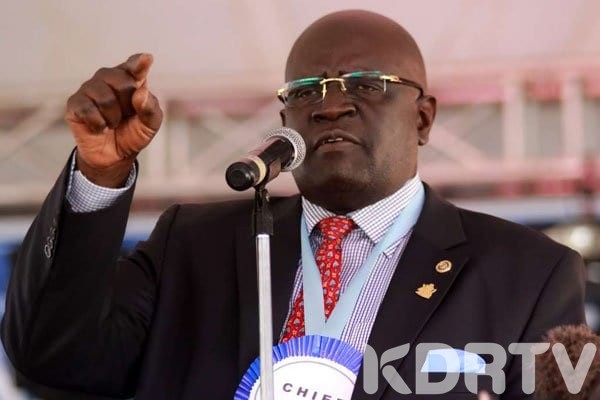 Magoha announced on Tuesday that Grade 4 pupils, class 8 and form 4 students will reopen for the second term on Monday, October 12.

The school calendar will run until December 23, before schools close for Christmas holidays and reopen on January 4.

Third term for class 8 and form 4s will end in late March with national exams scheduled to start on March 22.

The Professor of Consistent inconsistency Education CS George Magoha should relax, why is he in a hurry 😕. pic.twitter.com/500zowoRYv

KCPE will run for three days until March 24, while KCSE which begins immediately the next day will end on April 16, 2021.

Kenyans have questioned the speed in reopening of schools, just a week after President Uhuru Kenyatta had announced that parents will first discuss on ‘HOW’ to keep the children safe before embarking on ‘WHEN’ to reopen schools.

Particularly, Kenyans are concerned with the move to allow grade 4 kids back to school.

Elgeyo Marakwet Senator Kipchumba Murkomen said he does not understand how he will allow his grade 4 son back to school when his older brother, in class 6, remains at home.

“I have a child in class 6 and another in Grade 4 what’s the logic of taking the grade 4 chap to school on Monday while the older one is at home,” Murkomen tweeted.

I have a child in class 6&another in Grade 4 what’s the logic of taking the grade 4 chap to school on Monday while the older one is at home.Didn’t the President say we shall first establish “HOW”&TOGETHER agree “WHEN”?When did the TOGETHER meeting take place?Did I miss a memo? pic.twitter.com/AL0FPjpXRv

Most Kenyans have questioned the move to allow grade 4 kids back to school when older students are at home.

So, Grade 4 kids can go back to school but not Standard 7? 🤔🤔. The wisdom of George Magoha and his minions often shocks me. But what do I know? The man is a professor.

How will the government enforce the COVID-19 protocols with the young ones?

George Magoha is a good example of how we expect someone who does not understand your problems to have a solution to your problems.