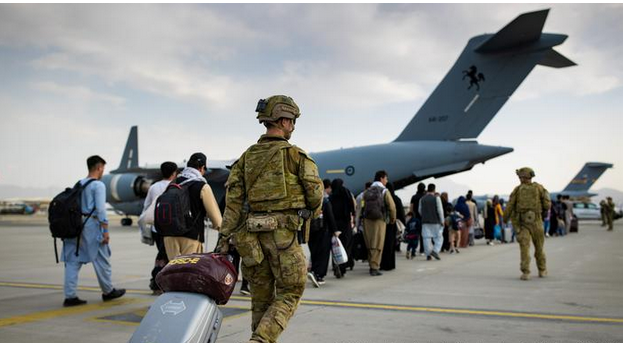 KDRTV NEWS: The United States and its allies have issued a security threat alert at the Kabul Airport as evacuation plans are underway.

Despite the alert, many people have continued to flock to the airport gates very desperate to leave the country.

The United States and its allies have warned Afghans who are willing to leave the country to avoid the airport and wait for further directions.

Many western countries have started to withdraw from Kabul as German evacuations are expected to come to an end in a few days.

The country that has expressed fear of terror attack at the Kabul airport include US, Britain and Australia.

Since the Talibans victory, about 90,000 AFghans have fled the country fearng the implementation of the Taliban severe Islamic rules.

The security threat aleart has come at the time that the head of Taliban urged the US to stop encouraging the Talibans to leave the country.

Several countries acorss the world have shown the intertes to temporarily host the Afghan refugees after the Taliban victory.