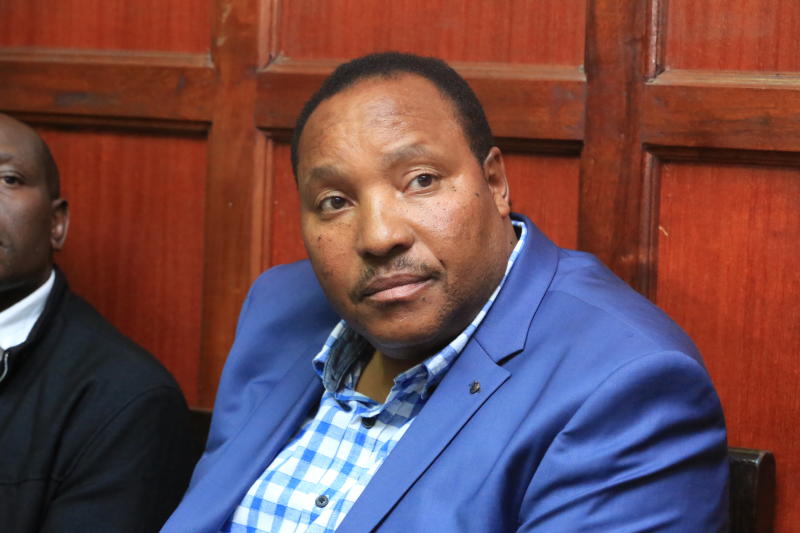 Kiambu Governor Ferdinand Waititu has shifted to the Koinange Street Office amidst split of the cabinet on matters of power and succession.

This comes after the court ordered him to stay away from running operations of the County until the corruption case he is caught up in is determined.

The deputy Governor James Nyoro resumed all activities regarding county matters after the order was declared.

Ideally, Waititu had appealed the order baring him from accessing the office and wanted the terms revised, which he ended up losing again after the High Court upheld the initial ruling.

Things have gotten tough after the executives started picking sides and picking a stand on whom to support.

The information collected today revealed that Waititu had held closed door meetings with his loyal executives where they raised serious issues regarding the the current leadership.

At the same time, the deputy Governor’s close confidants held their own meeting offering full support to him and orchestrating plans to ensure things remained the same.

Waititu together with his family are facing charges regarding graft and embezzlement of up to Ksh. 588 million of tax payers money.

The DPP through his lawyers said that they had collected enough evidence to prosecute the governor adding that the case had serious weight that would be used as a warning to other county bosses that were embezzling funds.

Kiambu County is currently in a dilemma on whom to report to and how to conduct matter.

This was a directive by President Uhuru as a step in fighting corruption.

“Nothing is happening in Kiambu apart from Power Politics. The executives are torn on whom to report to and have resolved to picking sides,” said a close confidant who attended one of the meetings.