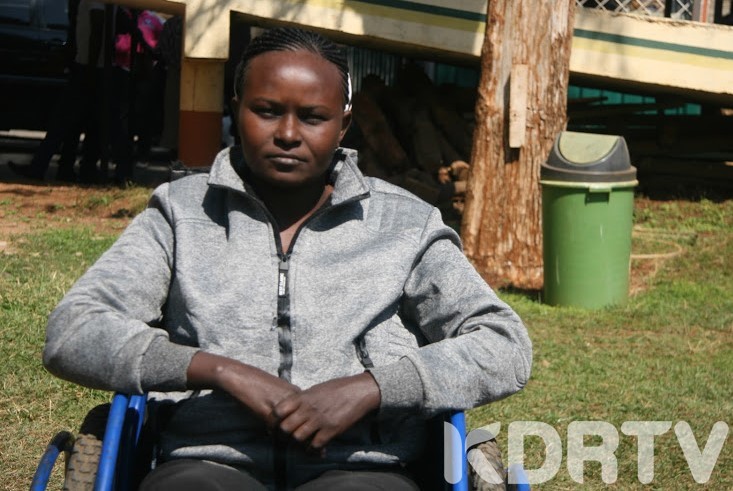 After a three year long battle in court, a 30 year old waitress has been relieved and awarded Sh.25 Million by a Meru High Court judge Justice Alfred Mabeya.

The waitress had suffered permanent disability after delivering twins due to negligence a catholic Hospital, St John in Meru County.

It has been rule that the hospital caused harm to the lady by injecting her under unclear circumstances, a move that rendered her permanently disabled.

“After looking at all the evidence expert evaluation regarding the case, it is evident that victim suffered disability due to the actions of the hospital, hence liable for all the damages,” ruled Justice Mabeya.

The events of the day of labor were unearthened during the trial, where the victim narrated that she had been rushed to theater to deliver her twins, given four injections on her spine and on waking up, she could not raise her legs and her feet had already turned black.

Making the scenario worse, the medics who attended on her mocked her and accused her of faking the incident adding that they had done nothing to cause the damage she had claimed.

However, a new twist was introduced to the case after an expert doctor testified to the damages afflicted by the hospital, regarding the management as ignorant and failed to do due diligence to the patient.

According to Dr. Charles Wangai, the patient had been left permanently paralyzed due to the injections to the spine and could not manage normal life.

“I can confirm that she was left permanently paralyzed due to the hospital’s actions. She cannot live her normal life since she needs aid on everything and relies on wearing adult pampers,” said Dr. Wangai.

In total, the Judge awarded her Sh 25 million, with splits of 6 million in damages, 7.2 Million for a care giver, 3.24 for loss of employment, 1.2 million for special damages and 8 million for future medications.