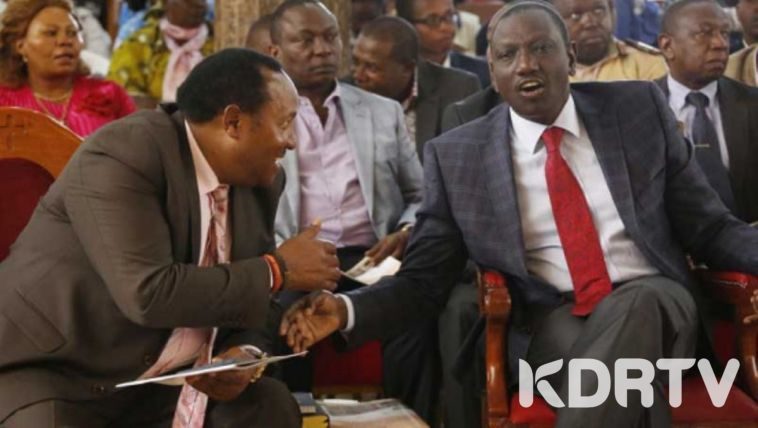 After the news of his imminent arrest hit the airwaves, DP William Ruto is said to have instructed his handlers not to allow Kiambu Governor anywhere near his Annex Office or Karen Residence. Governor Waititu has been desperately seeking the DP’s audience from the past week. This was after it was apparent the DPP was going after Waititu’s family, including his wife and daughter.

”The governor has been desperately seeking help from the DP to stop an arrest of his wife and daughter. He feels if anyone is supposed to be arrested, it should be him and not any of his family members,” says a source from the DP’s office.

DP William Ruto on the other hand has been distancing himself from the governor for fear of being seen as defending corrupt individuals. Something which has dented Ruto’s image in the war against corruption. Over last couple of months, Waititu has been the DP’s right hand man and there have been rumors from some quarters Ruto was considering him for the DP position in 2022.

Governor Waititu on the other hand feels the Deputy President owes him protection and believes the troubles he currently faces are as a result of publicly flirting with Ruto. Waititu feels the current woes he is facing are political witch hunt meant to slow him down and eventually stop him from associating with Team Tanga Tanga.

The DPP has charged Waititu, his wife Susan Ndungu and members of the Kiambu County Executive of a number of counts of corruption and looting of millions of shillings from Kiambu County Government. They have spent two days in police custody pending bail hearing.

Subscribe to watch latests videos
In this article:Ferdinand Waititu