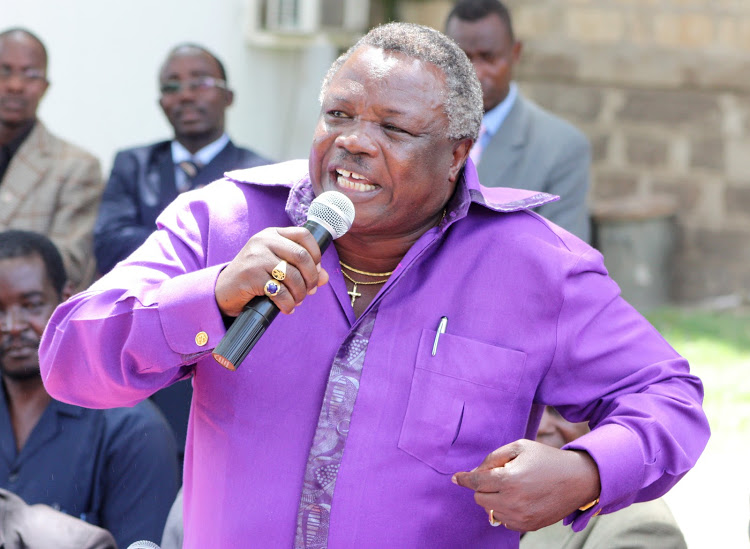 Atwoli, who vowed Deputy President William Ruto will not be Kenyan’s 5th president, revealed that nobody will be able to defeat a candidate supported by the deep state no matter the voters turn out.

“They have calculations, they know even before us the voters know who will become the president and after that, they will seek an early appointment have a meeting with the person after that they put their gears or they put whatever they want into gears and start moving now. And you will not be able to defeat such a person,” he said in an interview with TV 47.

READ ALSO: Joho: Ruto Is Lucky He’s Facing Baba, If It Was Me He Would Have Regretted

Atwoli argued that Kenyan politics has been commercialized and is now about getting the right sponsors if a politician wants to win a seat.

“Kenya’s politics is commercialized, if you are not funded you can not make any mark and in a presidential election is not only one political financier you must have financiers and goodwill support from the influencers,” Atwoli said.

Deputy William Ruto has touched on the matter saying that he will do anything to ensure the deep state won’t steal his votes come 2022.

“Hotel and boardroom meetings shall not bear fruits in the next presidential race. The decision on the leadership of Kenya shall be made by millions of Kenyans comprising millions of unemployed youth and poor women who toil to put food on their tables,” Ruto stated.