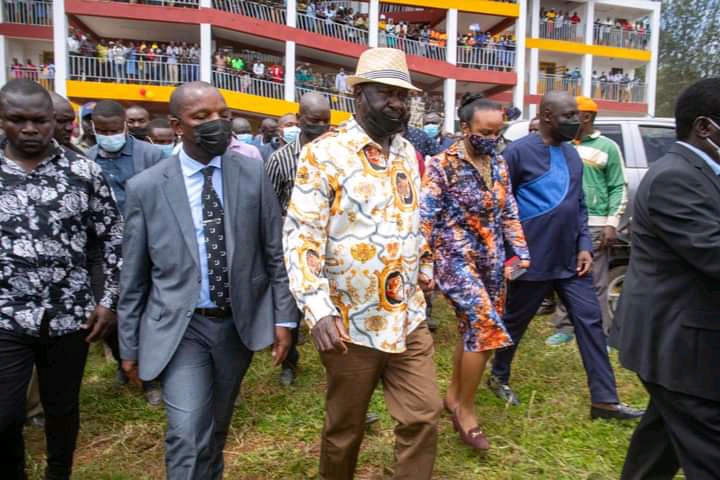 The ODM supremo Raila Odinga has been crisscrossing the country while preaching the political gospel of peace and unity among communities that will impute the economy revival plans to create jobs to more than 4 million jobless youths across the country.

Raila is set to make a landmark verdict on 10th Friday December at Kasarani about his final declaration on whether he will throw the spanner in the works by joining the race to become president Uhuru Kenyatta’s successor in 2022 or not.

Deputy President who has camped for three days in President Uhuru Kenyatta’s backyard, Nyeri county, seeking people’s endorsement on his presidential bid has finally broken the political odds and viciously slammed ODM party Raila Odinga’s Azimio la Umoja forays that intends to wade off pre and post election violences that have been ravaging the country’s economy.

DP Ruto termed Azimio la Umoja as fake and unachievable citing that it is only destined at advancing Raila’s political desire and not bringing Kenyans together as previously alleged.

He noted that Hustler Nation’s political wave of bottom-up has swayed the whole country and adopted by thousands of local traders, micro, small and medium business enterprises who largely hopes to benefit from the businesses’ financial boost plan.

“Many small scale business owners and local traders have embraced the bottom-up economic model which will benefit them largely and expand their various business ventures in the efforts of creating jobs to our jobless youths” DP Ruto added.