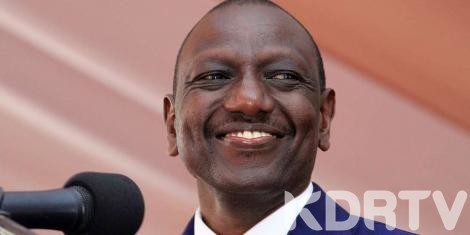 (KDRTV) – Social Media has been abuzz with activities after a video of Deputy President William Ruto heading to State House for Madaraka Day celebrations was shared on Twitter.

The Star newspaper Editor Oliver Mathenge was the first to share the video of the DP motorcade leaving his official Karen residence for the celebrations.

It had been feared that the DP would miss the event having missed the Labour Day celebrations on May 1. Ruto has also missed recent functions at State House including National Security Council Meetings after falling out with a section of the Jubilee Party leadership.

Deputy President was trending at number one on Twitter after it was confirmed that he was attending the function.

Deputy president Dr. William Samoe Ruto an astute and epitome leader recognized by the INTERNATIONAL GOVERNANCE will address the nation in Statehouse and later on invite Uhuru Kenyatta.
Kenyans are eager to hear the Speech of Dr. Ruto
Ama namna gani?#MadarakaDay2020 pic.twitter.com/exJEOpnlAZ

But I respect and love him as our Deputy President.

I fully condem those hashtags from idle people. pic.twitter.com/cYijwSAZWK

H.E Dr @WilliamsRuto ,the Deputy President of the Republic of Kenya will be joining the President H.E Uhuru Kenyatta at statehouse for the #MadarakaDay celebrations. Wapi likes za DP pic.twitter.com/R8LRaUzAKH

It was actually interesting to see the President and his deputy exchanging notes and sharing a joke together. It reminded their followers of the good old times.

Uhuru na Ruto nao are just passing each other notes and laughing as usual coz of the masks. 😂😂😂