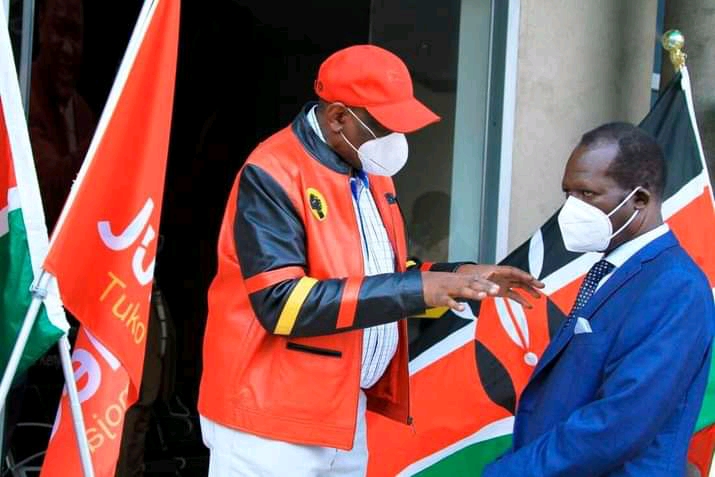 President Uhuru Kenyatta’s ruling Jubilee party has finally kicked out Deputy President William Ruto and his allied stalwarts from Jubilee following the frosty internal wrangles that have been going on between the two heads (Uhuru and Ruto).

In a statement released today Thursday, 4th November 20211, Jubilee has kicked off the processes of rebranding, restructuring, revitalization, and revamping the party to re-install the lost glory of the 2013-2017 Jubilee party.

“As we head to the 2022 elections, our members have been calling for rebranding, restructuring, and revitalization of the party with a view of making it stronger and more vibrant. The Jubilee party has heeded the call. We are in the process of a major, carefully planned and unprecedented revamp that will send a message to our detractors” the statement read.

This exuded president Uhuru Kenyatta’s bloody whip that is doing a somersault to tear Jubilee party rebellious and critics especially from Deputy President William Ruto’s hustler nation camp who have already defected to the newly formed United Democratic Alliance (UDA) as their adopted vehicle to drive their political hopes in 2022.

According to the statement, the second in command DP Ruto was accused of taking a ride Jubilee government development projects to advance his political desire and at the same time betraying his boss (President Uhuru Kenyatta) by pointing a blaming finger at him over sections of Jubilee government’s failures.

“This morning, we would like to inform our members and the country at large that the party plans to hold an NDC within this month of November 2021 to deliberate on the process of restructuring our party and party leadership to reflect aspirations of the members. In the same breath, we are happy to announce that Jubilee has cleaned house at the local and national level and shaken off most of the bad elements who have been undermining the party, including, unfortunately, none other than Deputy Party Leader William Ruto” the statement noted. 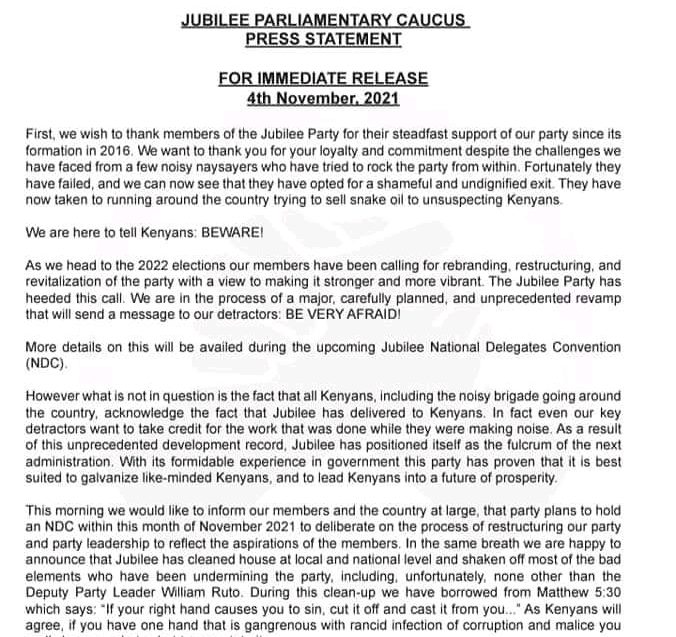 This comes after President Uhuru Kenyatta’s allied battalions had hinted of excommunicating rebels from the party to pave way for the party’s fresh negotiations with other like-minded bigwigs in forming the next government despite president Uhuru’s exit on 9th August 2022. 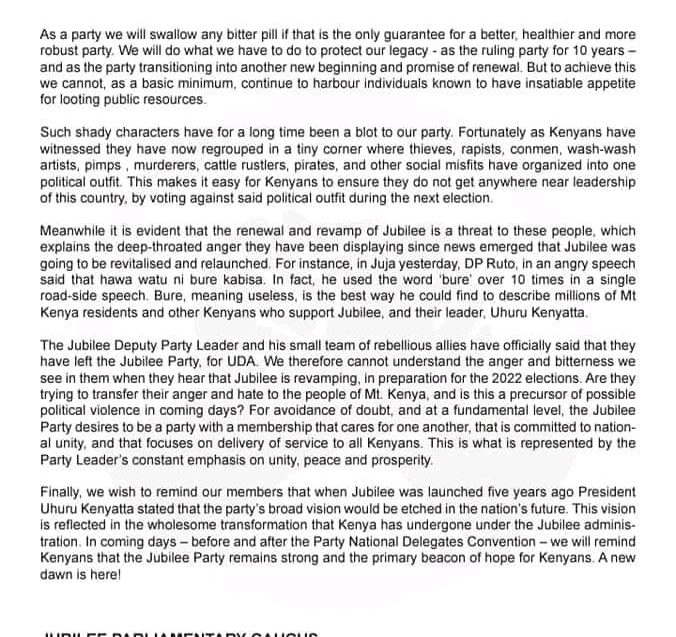