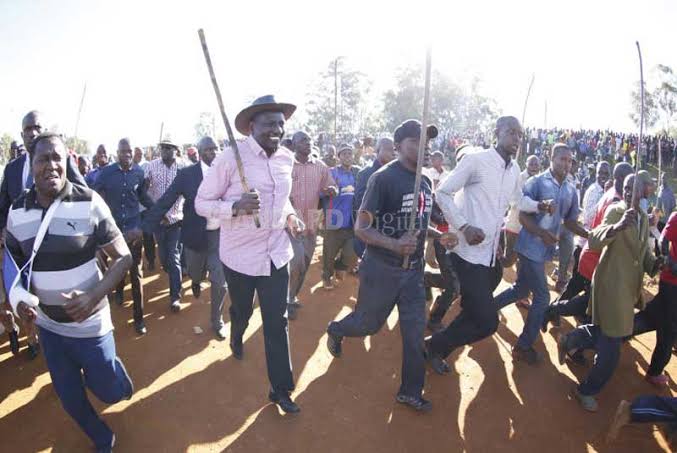 Raila’s pointman Hon Caleb Amisi who doubles as Saboti MP was flanked with ODM Secretary General Edwin Sifuna to preside over an event that was organized to market and sell Azimio la Umoja agenda in DP Ruto’s perceived rural bedroom.

Amisi who is a key Azimio la Umoja mobilizers and Raila’s dependable influencer informed that the former prime minister Raila Odinga’s unity call that seeks to bring Kenyans under one umbrella of Azimio la Umoja is basically hinged on eradicating poverty, provision of affordable health facilities, improvement of infrastructure, imputation of better education system among others.

“We are striving to bring Kenyans under one house of Azimio la Umoja that will see us do away with poverty, enhance affordable health coverage, improve our infrastructure, revive our economy among others. Let us all join hands and walk with Baba through this journey. I want to plead people to come to Kasarani on Friday so that we witness a heroic event of Raila announcing his candidature” MP Amisi conversed.

“Hiyo nakataa. Organize your own rally and do your own things. This event is for ODM party,” Angry Caleb Amisi snatched the microphone as the crowd demanded Allan to leave.

The uncontrollable group of rowdy youths cut his speech short by chanting pro-ODM slogans forcing MP Caleb Amisi to intervene. As the chaos intensified, Allan Chesang and his Tangatanga squad left venue after being subjected to a rude reception from Raila’s soldiers.

Raila is expected to make an announcement on Friday at Moi International Sports Centre (Kasarani) about his intention of succeeding president Uhuru Kenyatta in 2022.