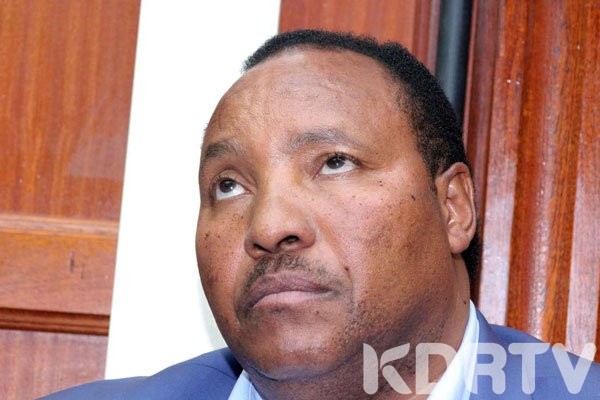 DPP Noordin Haji has sent a strong warning to embattled Kiambu Governor Ferdinand Waititu against going back to the office because it contravenes one of his bail conditions and he risks being arrested.

Waititu has been barred from office since August this year over corruption charges. The Anti-corruption court released him on July 30. One of the bail conditions was that he cannot access his office until the hearing and determination of the case. He was also ordered to pay a Ksh 15 million cash bail.

The Senate on Wednesday ruled that Waititu and his Samburu Counterpart Moses Lenolkulal can continue carrying out their duties as Governors only that they cannot access their offices. And Waititu has now vowed to open a new office in Kiambu and even called for a Cabinet meeting.

“The County Government of Kiambu is located at Kiambu Town, these provisions notwithstanding, there is no law providing that a governor can only perform the functions or exercise the powers of the office only when in the county government offices,” Senate Deputy Speaker Kithure Kindike said during the landmark ruling.

But Haji has warned Waititu that resuming office will have serious consequences.

“I am aware of the Senate’s decision action to defy court orders to direct Governor Waititu to open a parallel office while aware of the High Court’s decision barring him from office. This office shall be vigilant and such atrocious acts will not go unpunished.”

“I am warning Governor Waititu and the Governor of Samburu not to breach the terms of their bail terms. We shall arrest them if they do,” the DPP said.

DPP Haji: I am warning Governor Waititu and the Governor of Samburu not to break the bail terms that they are under. We shall take action when they do @Akisawandera @KTNNewsKE #KTNNewsCentre pic.twitter.com/1xcqzkZo1O

Haji made the warning on Friday morning when he ordered for the arrest of Nairobi Governor Mike Sonko over corruption charges.