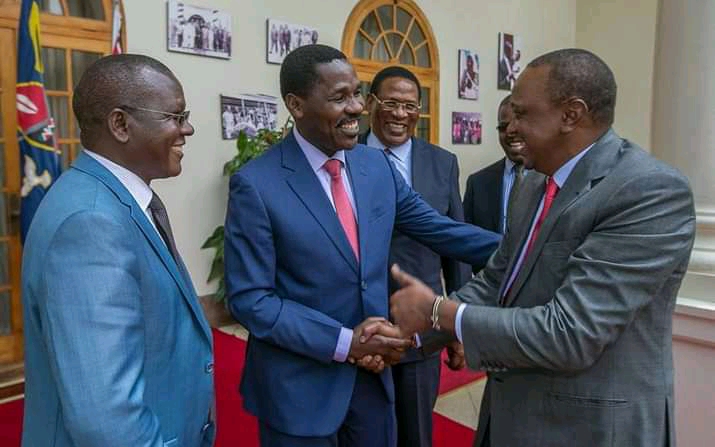 “As the region’s leaders, our key role shall be to deliver the message to the people as from January next year” CS Peter Munya said.

Munya told off DP Ruto’s allies who have been questioning his political affiliation to Raila Odinga’s presidency despite serving as the Agriculture CS in Jubilee government. He insisted that he will not succumb to pressures from Tangatanga camp pinning him down to go slow on his political path.

The Interior Principal Secretary Dr. Karanja Kibicho also emphasized Munya’s sentiments by confirming that the “Deep State” is warming up to commence sensitization and mobilization of people especially from Mt Kenya region so that they vote for President Uhuru Kenyatta’s choice.

“We need to put our house in order early enough so that our people will not vote blindly. As a result, we need from January to start sensitizing them on the need to ask the right questions to politicians who are begging for their votes,” Karanja Kibicho said.

He also stated that Deputy President William Ruto should prepare fully for a frosty political battle with the state agents from January next year. Kibicho hinted that there are plans to dispatch heavyweight legislators in Mt Kenya region to depopularize DP Ruto’s hustler nation narrative ahead of 2022.

“We already have plans to depopularize their (DP Ruto’s faction) narrative from our region. We shall make sure that we elect a leader who will uphold Uhuru’s legacy” Kibicho added.

CS Munya Reveals Why DP Ruto Hates History, Exposes What He Allegedly Did In 1992