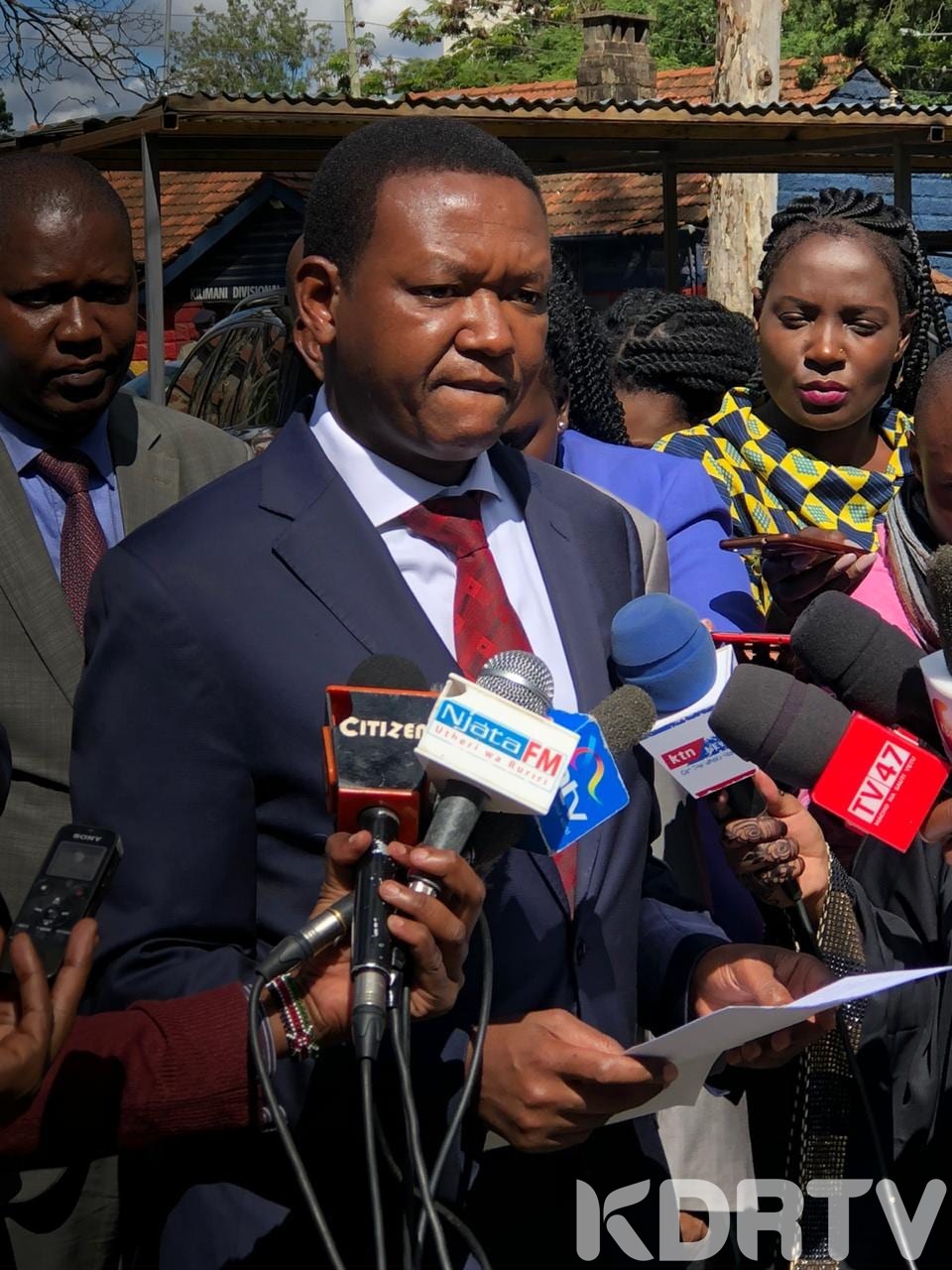 The governor of Machakos County Alfred Mutua has recorded a statement at Kilimani Police station after alleging that the Deputy President William Ruto, Majority Leader in the National Assembly Aden Duale, and Senator Kipchumba Murkomen threatened him.

The Maendeleo Chap Chap chief stated that the trio threatened him during the last meeting in the statehouse.

While he was speaking to the press on Monday, December 16 after recording a statement and reiterated that he was approached by the Deputy President at State House during a meeting to welcome Barbados Prime Minister Mia Mottley on Wednesday, December 11.

He stated that after greeting the DP, in their conversation he said he will crush him.

“William Ruto held my hand so tightly then looked at me with very strong eyes and tough face and told me ‘I have heard you have been attacking me, I will deal with you’,
I don’t know what he meant but should I suddenly disappear or anything happen to me, hold him accountable,” said Mutua.

Mr. Mutua further complained that during the meeting at the State House on Monday, November, while they were waiting for the President to receive the BBI report, he greeted Murkomen and Duale.
He said that Duale promised that they will deal will him for attacking their team.
However, Mutua had considered letting go of the matter but he said after extensive consultation with his family and friends he thought it wise to tender a statement and that should anything happen to his life then the trio would be held accountable.
Governor Mutua has been fiercely criticizing the DP over his visits to churches across the country. He has also been pushing for BBI reports despite the criticism from the Tanga Tanga team
Do you have an avant-garde story you would like us to publish? Please reach us through news@kdrtv.co.ke or Call 0780394004. Contact Kdrtv.co.ke instantly.
Subscribe to watch latests videos
In this article: