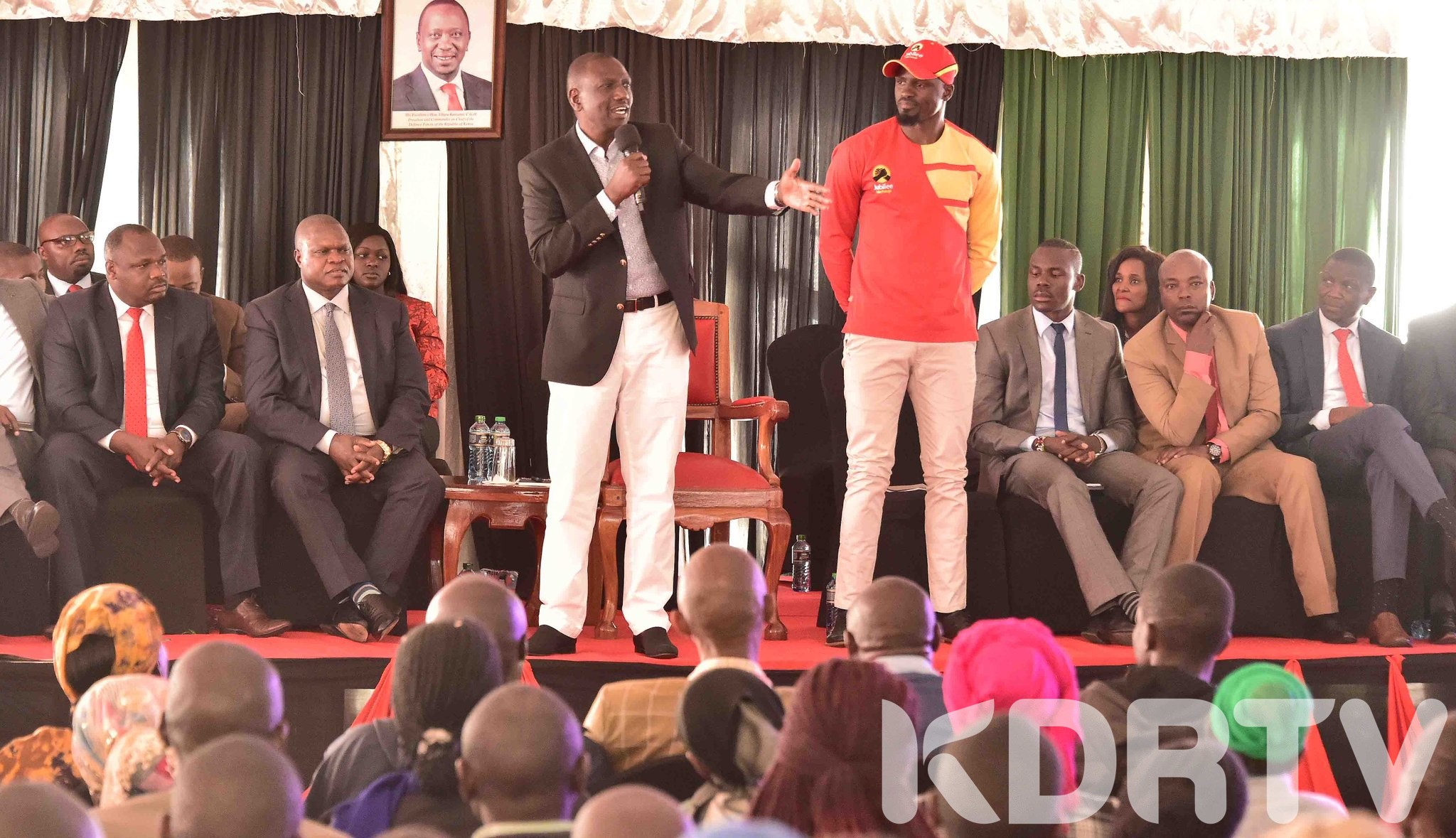 Reports that a group of Kibra youth demonstrated outside Deputy President William Ruto’s homestead on Tuesday have elicited different reactions on social media.

Raila Junior, the son of ODM leader Raila Odinga has claimed that the youth could have become rowdy after being denied their daily handouts.

“So why are “jubilee” youth demonstrating outside DP’s official residence after they failed to secure what they had been promised?” Raila Junior posed on his Twitter handle.

So why are “jubilee" youth demonstrating outside DP's official residence after they failed to secure what they had been promised, didn't they say Mariga is to win this one clean ama Kwa ground vitu ni different?

According to reports on a local daily, the youths who are believed to have been at least 100 in number, arrived at Ruto’s official residence on motorbikes hoping to attend the DP’s function. Ruto was meeting the Abagusii community with the intention of drumming up support for Jubilee candidate MacDonald Mariga.

But trouble started when Ruto’s aides closed the gates. They began shouting and hurling insults. At some point, they started chanting the name of ODM candidate Imran Okoth.

They also destroyed part of the fence to the posh home and barricaded a road. This forced anti-riot police to swing into action. Police had to use teargas to disperse the youth.

Outside Ruto's residence in Karen police engage youths in running battles. The youths had gone to demand their weekly dues for attending MARIGA's rallies. #KibraByelection pic.twitter.com/mT9udtByXa

“We were invited here for a meeting but they have blocked us from entering the compound. Why don’t they want us to attend the meeting?” one of the youth said.

Organisers of the meeting said that the youth were locked out because they arrived late after the DP had started his address.

Police engage with youths from Kibra in running battles outside DP Ruto's official residency in Karen. Ruto invited 1000 youths but the number that turned up exceeded the number 4 times

“Police closed gates immediately Ruto started addressing the congregation. Some of our supporters were still streaming in when leaders were speaking, but when Ruto rose to speak, the gates had to be closed. That is how the small team began to riot” the official told a local daily.

Ruto’s Communication Director Emmanuel Taalam said that he didn’t know it was wrong for the DP to host his neighbours at Karen.

Our sincere apology to the residents of Karen who are offended by the "noise" of DP Ruto's Kibera neighbours vising his residence in Karen. One day they will live in Karen and won't make noise…kuteseka ni kwa muda @OleItumbi @kipmurkomen @KIMANIICHUNGWAH

Meanwhile, ANC leader Musalia Mudavadi has raised concerns about Ruto using public funds to campaign for Mariga. According to the former Vice President, the Karen Home is an official residence and should not be used for campaigns.

“He should use government resources to ensure Kenyans get value for their taxes. This will help people access good health, education, infrastructure, and other services,” Mudavadi said.