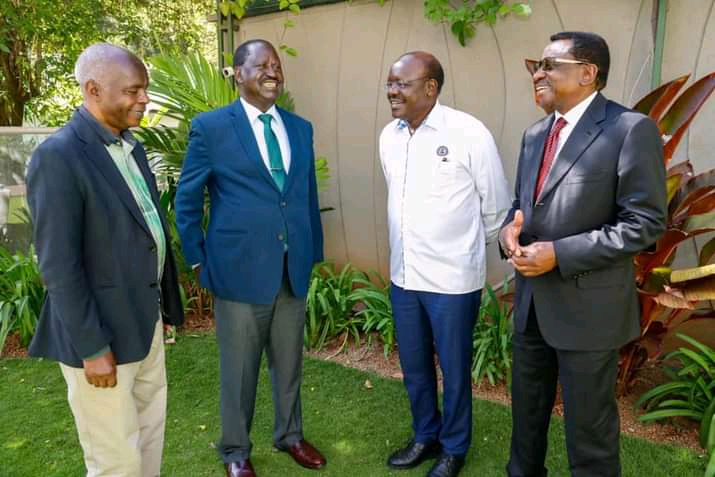 Western region has been placed at high stake by the 2022 presidential aspirants owing to the fact that it is the second rich-vote region after president Uhuru Kenyatta’s Mt Kenya backyard.

He insisted that DAP – Kenya will not field a presidential candidate in 2022 (pledged to support Raila’s presidency) but will be obliged to extensively diversify its political networks and roots by fielding candidates for other elective positions across the country.

Presidential Aspirant, Mukhisa Kituyi, on the other hand, is set to his new party ( Party of Growth and Prosperity) next month ahead of next year’s general election.

PGP Secretary General Saul Busolo revealed that the party received a clearance certificate from the registrar of political parties after meeting all the requirements. Mukhisa’s PGP party has also hinted about changing its name to Sauti ya Wazalendo whose slogan “Mbele Iko Sawa” will target voters to overwhelmingly endorse it.

There are plans to merge Eugene Wamalwa’s linked Democratic Action Party – Kenya and Mukhisa’s Party of Growth and Prosperity to consolidate on political agreements ahead of 2022 general election. This might tremble and shake Mudavadi and Wetangula’s factions in Mulembe region.