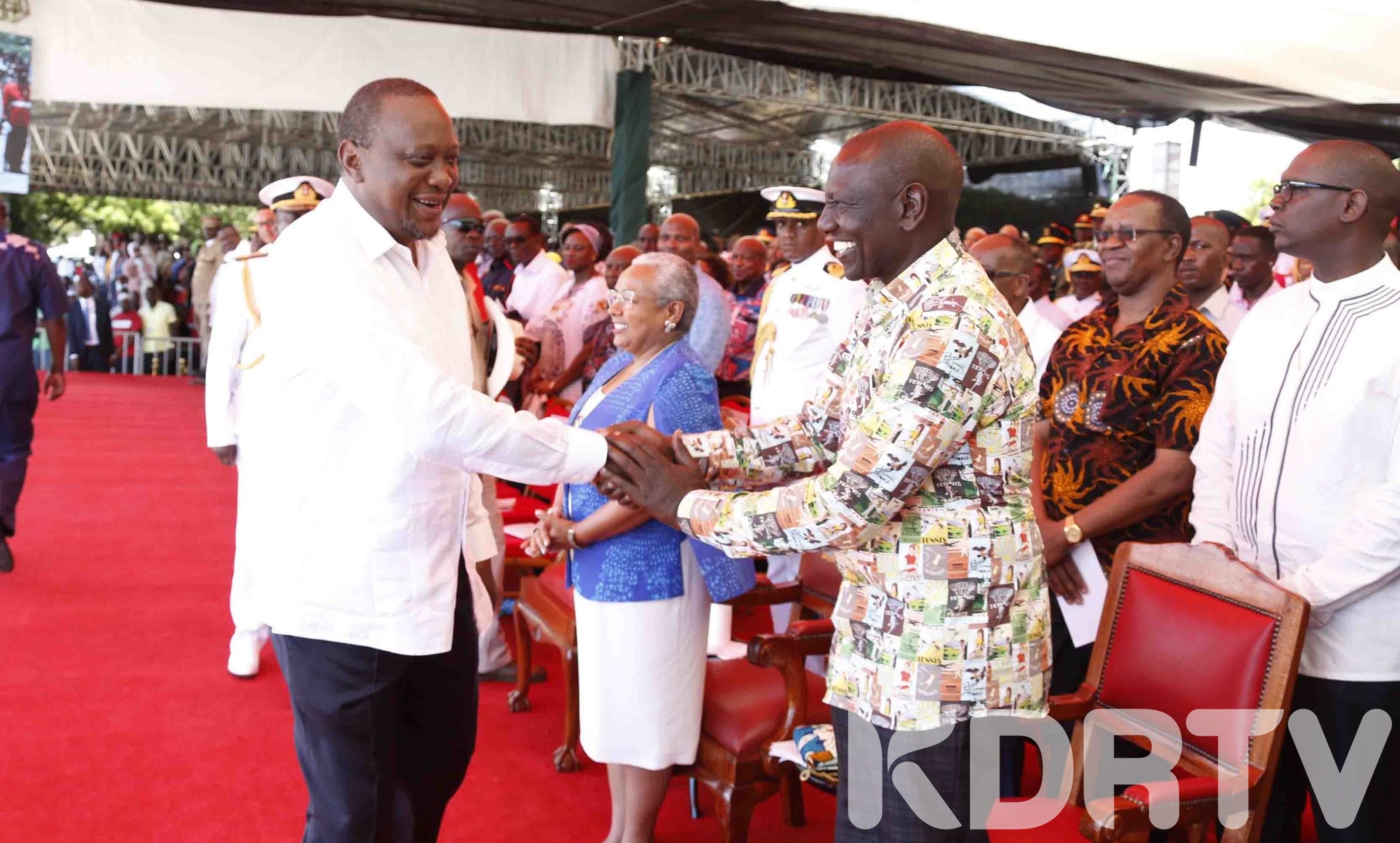 A lot has been said about the relationship between President Uhuru Kenyatta and his Deputy William Ruto. According to some people, the two do not see eye to eye especially because of the DP kickstarting early campaigns.

But it so happens that Uhuru came to the rescue of his deputy during the Mashujaa Day celebrations on Sunday. According to a local daily, a section of youth had been imported to Mama Ngina Front with only one agenda, to heckle the DP during his speech.

The youth were under strict instructions to heckle Ruto if he opposed the handshake between President Uhuru Kenyatta and Raila Odinga or the highly publicised BBI report.

Mombasa Governor Hassan Joho asked Ruto to support the handshake and the BBI report. Joho also broke protocol and invited former Prime Minister Raila Odinga to speak despite him not being on the programme.

RUTO: Our focus should be to alleviate poverty and address unemployment, that's what we are focused on

Hii sasa ndio inaitwa to "Ignore with the contempt it deserves"

Raila spoke glowingly of the BBI report, urging Kenyans to support him because it was the only way to end ethnic and divisive politics.

Some conspiracy theorists have now alleged that Raila and Joho could have been aware or even part of the plot to embarrass the DP and hence the reason for provoking him to speak about BBI and handshake. 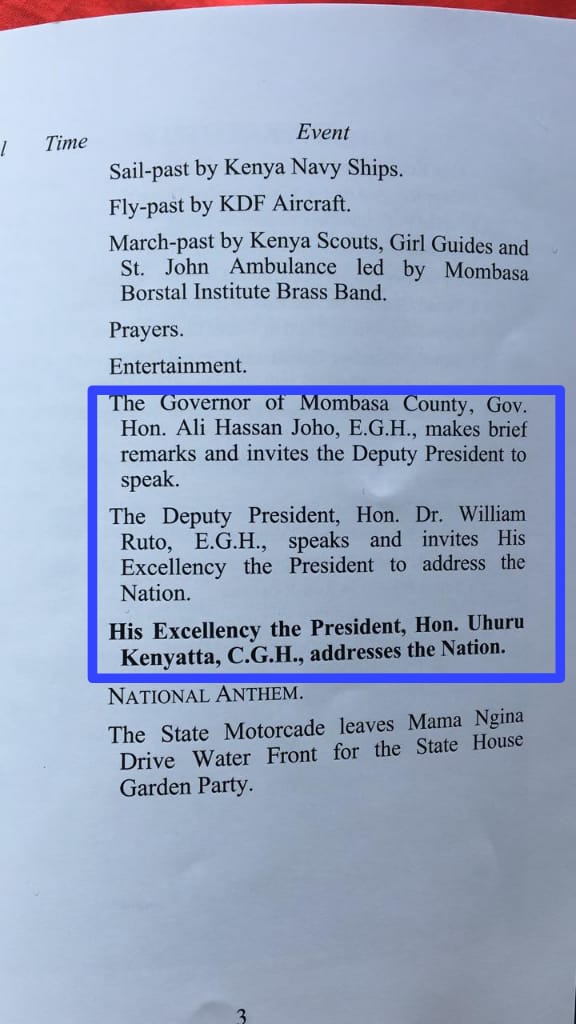 Raila was not scheduled to Speak on Mashujaa Day

But in a dramatic turn of events, President Uhuru and Ruto left their seats and went behind the dais when Joho was speaking. Sources within the presidency intimated that the two leaders agreed to steer off politics in their speeches. Was the president aware of plans to heckle his deputy?

When he rose to speak, Ruto focused on the Jubilee development agenda.

“Seven years of your leadership, we have seen tremendous investment in our infrastructure, we have built a brand new railway, we have built many kilometres of roads, we have connected many to electricity, your excellency you are our hero as well,” he said.

On matters politics, he asked Kenyans to “refuse to be drawn into politics of ethnicity, hatred, division, political deceit” and stand firm behind Uhuru to solidify the unity of the country.