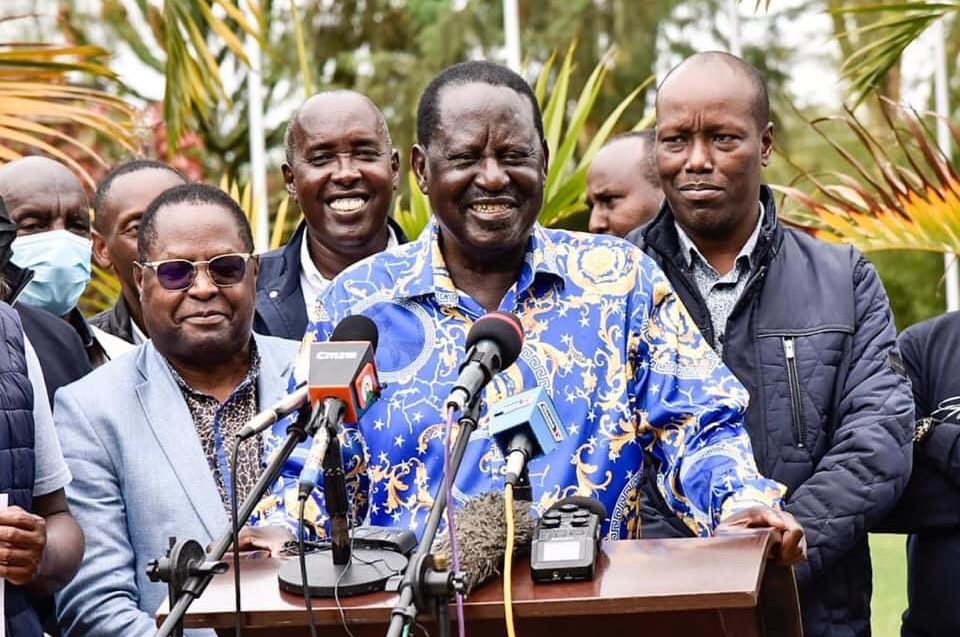 The former Premier plucked university dons from lecture halls, experts in public service, economists and political strategists to come up with the campaign document.

According to representatives of Azimio, the manifesto, which places a strong emphasis on the economic revolution and the battle against corruption, took six months to develop.

According to his curriculum vitae posted on the University of Nairobi website, Prof. Wanyande has also worked for the government and regional organizations, such as the New Partnership for Africa’s Development (Nepad), and served as a commissioner with the Commission for the Implementation of the Constitution.

“I have been involved in manifesto development since 1992 and I can tell you this is by far the most-researched, well-thought out and most consultative manifesto that I have ever had the privilege to be part of.”

” I have no doubt it will create the necessary transformation in the country. We had retreats in Nairobi, Naivasha, and Mombasa that culminated into the 10-point agenda. The candidate (Raila) was involved in all these deliberations and was the driver in every stage in this project that took nearly a year,” Governor Muriithi told the Nation Newspaper.

The views gathered at the Building Bridges Initiative (BBI) town hall sessions were included in the Azimio manifesto, according to ODM chairman John Mbadi.

“There were technical people, then there were a few of us who were there to give the political touch. The document belongs to the candidate and his running mate because those who were involved were assigned by the candidate,” said Mbadi.