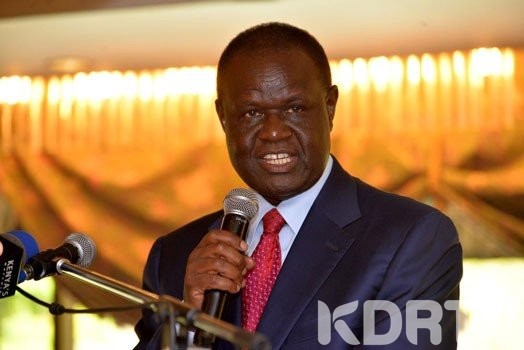 The United Democratic Alliance (UDA) is reportedly piling pressure on Meru Governor Kiraitu Murungi to form a pact ahead of the August polls.

The Ruto allied party has been wooing Kiraitu for a long time but are getting impatient with the Governor’s sluggish decision-making.

Winning over Kiraitu would be a big victory for a party that just enlisted Tharaka Nithi’s Muthomi Njuki, causing Senator Kithure Kindiki to withdraw from the governorship campaign.

Meru, on the other hand, is proving to be a tough nut to crack, with Kiraitu taking his time making any decisions.

In what some Jubilee insiders believe is a red herring to get Kiraitu to endorse Ruto’s party, the UDA has begun campaigning for Meru Senator Mithika Linturi to run against the senior politician.

According to inside sources in the Ruto Camp, Linturi has been given authority to launch his governorship bid on March 15. Linturi’s close associates claim he got the green light at a meeting conducted on the fringes of Ruto’s visit to Nyeri last weekend.

Kiraitu Murungi’s deputy Titus Ntuciu has responded to the recent developments stating that the Meru Governor will not be pushed into making political decisions.

“We are also hearing those rumours and we are ready for any rivals. We will face him head-on just as we were ready for Munya. Whoever has misled Linturi to go for governor’s seat will mess his political future because even Ruto might not be president at the end of the day,” Ntucio said as quoted by The Standard Newspaper.